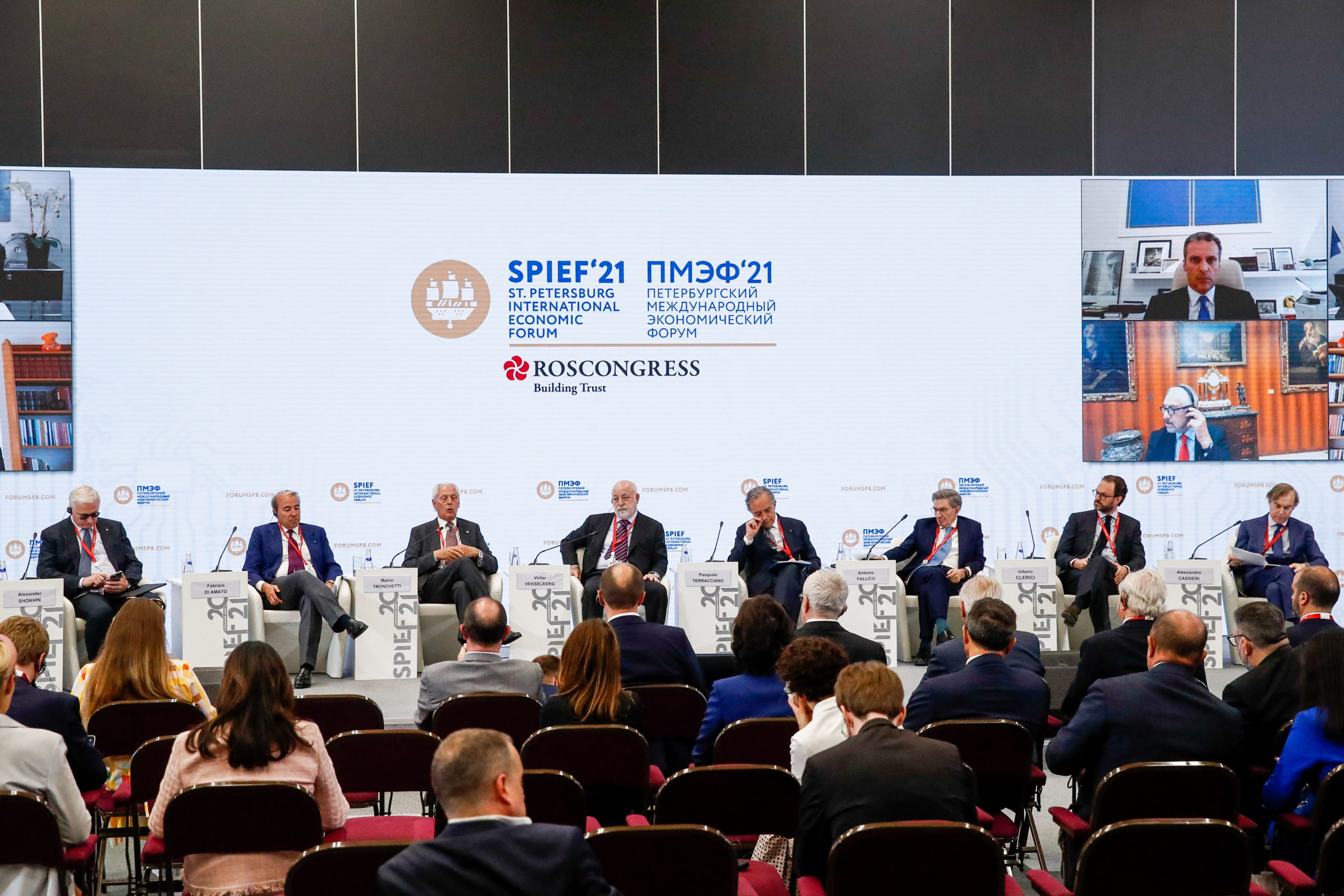 “Russia and Italy are increasingly making their voices heard in Europe.” This is how Aleksandr Shokhin, President of the Russian Industrial Union, inaugurated the Italian-Russian round table during SPIEF ’21, the 24th edition of the St. Petersburg International Economic Forum, also known as the ‘Russian Davos’, held in Russia’s second city from June 2–5. Italian ambassador to Moscow, Pasquale Terracciano, stressed that in the first quarter of 2021 Italy-Russia trade grew by 9.3% and was “moving quickly towards pre-pandemic levels,” beginning by listing new projects and bilateral agreements.

The main topics included economic cooperation in the BRICS area (Brazil, Russia, India, China and South Africa) and the Shanghai Cooperation Organization (SCO), the risks of international economic sanctions for the financial system and global business, the implementation of various investment projects, the modernization of national health systems after the Covid crisis, as well as improvements in health and medical technologies.

Companies from the Italian region of Friuli Venezia Giulia made a major contribution with the participation of three major firms: the insurance company Generali — which is considering some important acquisitions of Russian operators, Danieli — that for many years has been consolidating its market leadership as a supplier of steel technologies for large steel groups, and the international general contractor for construction and infrastructure Rizzani de Eccher.

Moreover, the Friuli Venezia Giulia region has long been focusing on Russia as a strategic target market for exports and internationalization. This was confirmed by Roberto Corciulo, president of IC&Partners, a business internationalization consulting firm specialized in the Central and Eastern European markets, which assists Italian companies, especially those operating in the Northeast of the country, with a technical, accounting and legal assistance network: “Russia is and will be the market of the future for businesses in the Northeast. It will have exponential growth.”

Finest, a financial company and equity partner which has been supporting companies in Northeast Italy with internationalization, has been operating in the Russian market for thirty years. It has committed a total of 33 million euros in 47 investment operations with companies in Triveneto, has an office in Moscow and — in collaboration with IC&Partners — is a promotional partner in “Bridge to Russia”, the first Italian business network operating in the country, which assists companies from the early stages of market development to productive investment, becoming part of the Russian import substitution development project.

Danieli’s CEO, Giacomo Mareschi, also participated in SPIEF. The group, led by Antonello Colussi in Russia, had the largest “country expansion” of the last twenty years. This has positively impacted the company’s balance sheet and its stock share price, which rose from 11 euros in August 2020 to over 22 euros in the current listing. Rizzani de Eccher, present in St. Petersburg with President Claudio de Eccher, has also achieved important results following the construction of the Dynamo Stadium in Moscow, which indicates how essential the Russian market is.

A Hi-tech Rethink for Rail and Steel