Art as an Ambassador 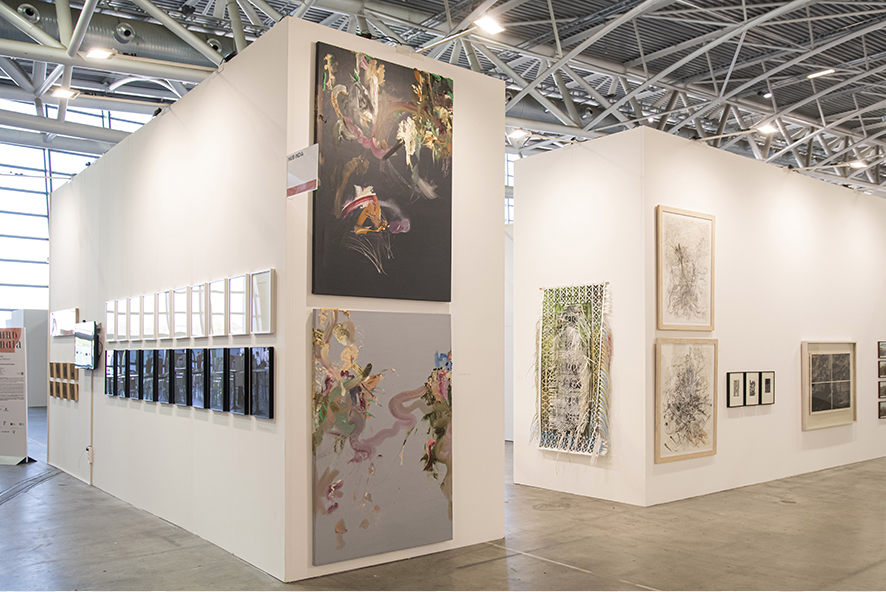 Communication is a key necessity and one of the most potent means of message exchange is through Arts platforms.
Art induce each one to look beyond the obvious and presents truth in the garb of perceptions and through art the world has seen historical records and emotions that have subtly invested perceptions themselves.

Through time, art has served as a cultural ambassador to open new windows and vistas of exchange between countries and cultures leading to cultural bridging and understanding.

The month of November 2021 witnessed Italy’s most important contemporary art fair Artissima 2021 in Turin. Set up in 1994, it focuses on experimentation and research along with the presence of a huge international market, with the participation of over hundred galleries from around the globe.

The fair comprised the main section, dialogue/monologue, new entries, art spaces and editions. Additionally the fair had three art sections which was headed by a board of international curators and museum directors, devoted to emerging artist (Present Future), drawings (Disegni) and rediscovering the great pioneers of contemporary art (Back to the Future). These sections were hosted over digital platform in 2020 and this year it had a physical display within the exhibition pavilion as well.

This year India was much in focus. In collaboration with Emami Art, Kolkata Artissima 2021 presented Hub India- Maximum Minimum, a new geographical focus intending to offer an overview of galleries, institutions and artists active in areas of capital importance.

Hub India is an explorative step to tap into the dynamics of the artistic developments that have been characterizing the contemporary art scene in the Indian sub continent, a region which is assuming a very integral part in the global scenario.

Hub India was conceived as a project for Artissima International of Contemporary Art in Turin. It expanded into a tripartite exhibition created in collaboration with Albertina Academy of Fine Arts, Turin and Turin Museums Foundation.

Hub India was held with the support of the Italian Embassy in New Delhi, the Italian Cultural Institute of New Delhi (IIC), the Consulate General of India in Milan, and the City of Turin.

Speaking from Kolkata, Ushmita Sahu, Director and head curator, Emami Art, stated,“Emami Art, as the institutional partner of Art Hub India art the Artissima art fair 2021  was proud to be part of a larger project supported by KNMA and the ICCR and curated by Myna Mukherjee and Davide Quadrio which brought together 10+ galleries and 65+ artists from across India. It was a wonderful international collaboration that has offered up new viewership and appreciation for contemporary Indian Art”.

With a rich cultural heritage sprinkled with historical journeys and stories from the Indian subcontinent contrasting with the museum’s own unique collection, the intent was to give rise to a hybridized imagery of works from both quarters opening new dialogues between the two in an effort to find commonality amongst the contrasting contexts and experiences.

One of the striking feature of the exhibition was a radical section of neo miniature artists who, having been influenced by traditional miniatures and vasli paintings, borrowed elements from them and incorporated them in their artworks.

Classical Radical featured contemporary and modern Indian works that explore legacies of the past and antiquity in the sociological context of the current times. Paula Sengupta’s works deserves a mention which drew from traditional Tibetan craftsmanship and religious symbolism which she put in her work titled “The plain of Aspiration” – a project that attempts to highlight the Tibetans refugees who had to flee their country and preserve their culture through memory.

Art from India encompasses a series of discourses and experiences gathered from colonialism, nationalism and international modernism. Through modern living and concepts and developments around contemporary themes, Indian visual art tried to eke a stronger legitimization and foothold in positioning itself in contemporary art production.

Joint endeavors and collaborations like these serves to stitch cultures, languages and humanity in a tighter hold, offering new opportunities to the emerging artists, opening new ways and doors of showcasing their practice.

Joining from Kolkata, a very promising and practicing artist, Arpita Akhanda, adds, “Being a part of such a prestigious platform added a sense of confidence to present my South Asian roots and concerns in a global space. And I hope such collaborations will definitely bring forth the diverse languages of contemporary practices in the international spectrum rather than having a single source.”