At work in Japan 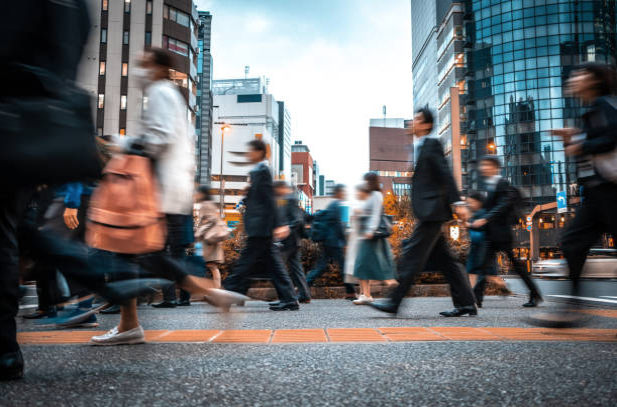 Amidst the Covid crisis, Japan’s unique business culture stands out from that of other developed countries. The island nation has kept unemployment figures low despite recession and GDP losses; but, will it be sustainable in the long term.

Despite the economic slowdown, unemployment in Japan remains very low, below 3%. In a population of 126 million, over 66 million are employed. Official data from the Tokyo Statistics Bureau confirm that in May 2020 unemployment increased by 0.3%. Numbers that, when compared with the average of OECD countries, confirm the Japanese economy’s notable resistance in terms of stable employment during times of crisis. Yet Japan has been in technical recession since the fourth quarter of 2019, and in the second quarter of 2020, due to the lockdown, analysts announced a dramatic reduction in GDP: around ‑8%.

Considering that there are no unemployment benefits in Japan, the employment figures are much better than those in Europe and the US. In short, the Japanese stayed at work and the companies have kept paying their salaries. So, what makes Japan special?

Certainly the pandemic has caused fewer losses in Japan than elsewhere, but the economy has suffered damage nonetheless, which the government is seeking to contain with a major recovery plan. Companies have adopted remote working, a strategy favored by both the country’s impressive broadband infrastructure and the population’s high-level of digital literacy.

However, this is not the only factor that determines the employment situation in Japan. It is also a matter of Japanese culture, as Vittorio Volpi, a financial adviser and banker with thirty years of experience in Japan, explains. “In Japanese getting fired is referred to as Kubi ni sura (getting it in the neck). It’s a social stigma for those doing the firing and also has repercussions for those who are put out of work.” For this reason, corporate reorganizations through layoffs are the last option.

In times of crisis, how do Japanese companies continue to pay employees who, in other countries, would be furloughed or fired? “The Japanese industrial mechanism must be understood based on the assumption that the country has a strong sense of group identity and is a Confucian society in terms of economic thinking,” Volpi states. “Companies tend to hold back a significant portion of profits: when difficult times come, they use these accumulated resources to keep paying salaries. In some sense, companies and employees are considered a single unit and have always counted on job stability as one of the pillars of success. So, for now, companies are not implementing layoffs because, among other things, they don’t want to lose talented employees, perhaps even to their competitors.”

The outlook is that Japan’s economy will recover much faster than Europe’s thanks to the dynamism of the entire Pacific area. In this regard, given the continuing uncertainty over Washington’s commitment to the Far East, Japan is paying special attention to maintaining friendly relations with India, Australia, and Indonesia with an eye towards containing China, which, moreover, is one of its major trading partners.

Should the crisis extend into 2021, Volpi warns that employment will also be under strain in Japan: “companies would be forced to restructure the employee framework, generally favoring the use of early retirement for workers (who would not be replaced by new hires) and not renewing employment contracts, practices which are increasing sharply. Permanent cutbacks in human resources would be the last resort: we are not in that kind of situation.”

Certainly there are doubts and fears about Japan’s future, given the ongoing geopolitical changes, years of slow-paced economic growth, and a public debt to GDP ratio that is expected to exceed 250% by the end of 2020—although the majority of that debt is held by Japanese lenders.

“Tokyo is not at ease about its future,” notes Volpi. “For over 60 years it has relied on US protection, thus saving on military spending and able to focus on the economy. But those days are over and the country feels the growing Chinese presence and assertiveness. For this reason it has launched a two-billion dollar program to bring tech companies back to Japan.”

Global Steel Market Up and Running

The Future of Urban Mobility in India

India and the EU team up for energy, digital and transport infrastructure