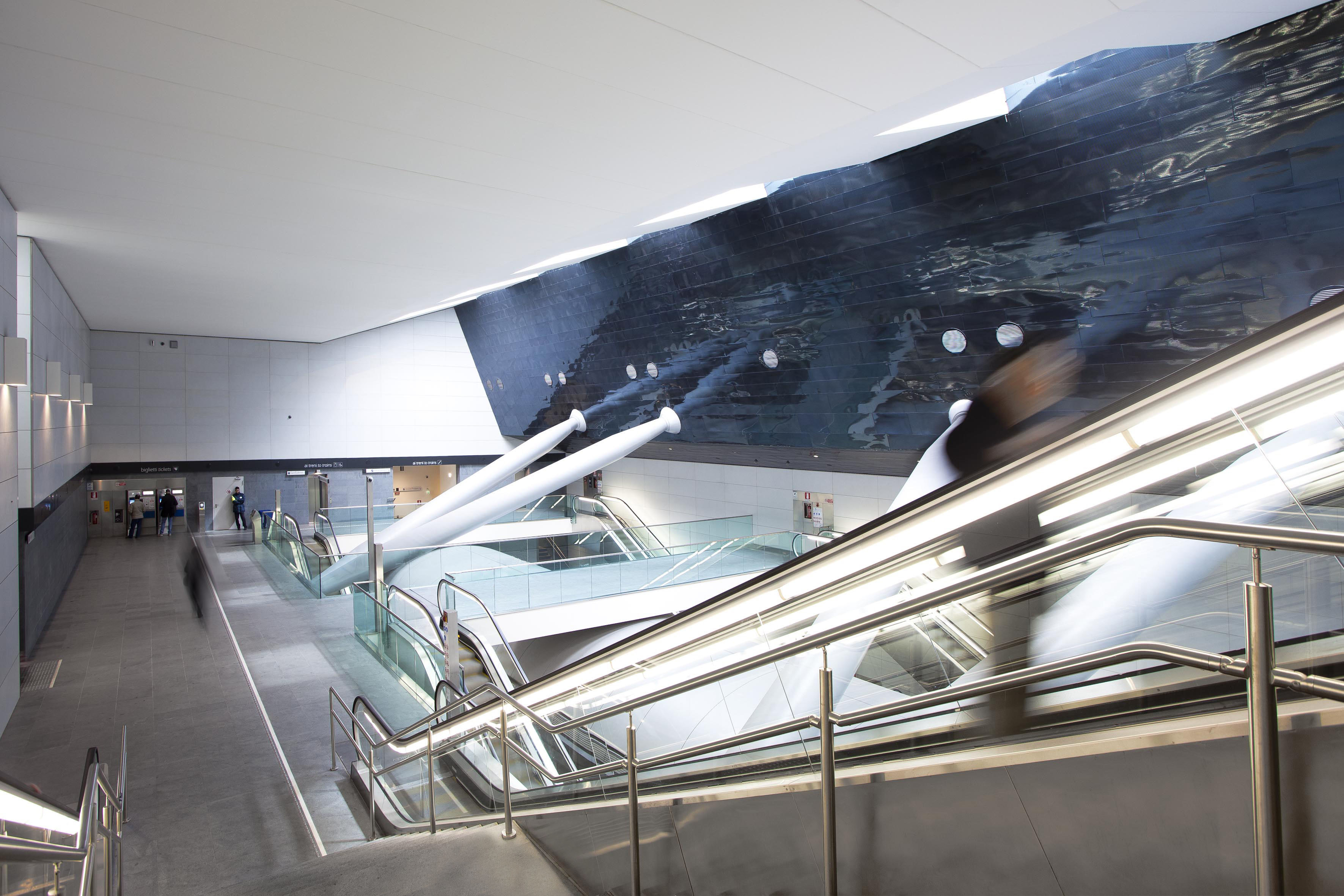 CREW is one of the leading Italian multidisciplinary practices of designers, engineers and consultants with over 25 years of experience. CREW, founded in the 1980s by Lamberto Cremonesi, has developed projects that range from industrial and service sector buildings, to metro stations, to waste-to-energy plants and even motorways. CREW works across sectors and internationally, offering technologically advanced engineering and design with a focus on economic sustainability as well as environmental and human needs. CREW considers sustainability, innovation, a multidisciplinary approach and design excellence as the main aspirations of its practice.

CREW has recently risen to be listed among Italy’s top 10 architectural design studios, to what can this growth be credited?

We have worked with great passion on every project that we presented while trying to achieve customer satisfaction, and I would say we’ve succeeded. In this regard, we are proud to have loyal customers who have been working with us for over 25 years. We have then used the experience gained in Italy to participate in some major projects in the Middle East and in Africa the challenge of which required considerable and rapid growth.

Has such exponential expansion over a short period of time created any specific challenges and if so, how has the company met them?

The normal challenges due to exponential growth were addressed through careful planning and organization, by acquiring significant and new expertise in several of the key areas that we deal with. In order to create internal synergies we have integrated, in an intersectoral way, architectural, structural and internal systems design, in order to deal with all of our new projects in an organized and proactive way.

What unique services does CREW offer their clients over and above top-notch architectural design?

In addition to architectural design that goes from concept through development of construction planning and project supervision, CREW offers a complete integrated design service, building synergy between architecture, structures and systems through the use of BIM. All of this is managed internally or with specific, top-level consultants with whom we’ve been working for many years. In this way we can develop tailor-made projects that combine quality, efficiency, control over and optimization of the budgets; this benefits not only our clients, but also the end users.

In the process of designing Brescia’s Metro System what experiences was the company able to carry forward into the Riyadh Metro projects in Saudi Arabia?

Brescia’s Metro System and Milan’s new Line 4 were our best Italian experiences in the area of urban metro systems. Brescia, with a total of 17 stations and representing over 10 years of civil works at a cost of nearly one billion, is a model metro system; this project has been a long-term investment for our company. The work of design, coordination and supervision lasted for almost ten years and this experience has enabled us to tackle a project as challenging as the Saudi Arabian one with the know-how of a firm that “has made the grade” and therefore has the full confidence of being able to do it again.

CREW has an impressive portfolio in regards to designing Waste-to-Energy plants in Italy; do you think that the company will be able to successfully export this know-how to other countries outside of the EU in the future?

Certainly the Brescia plant, which garnered the WTERT 2006 Industry Award as the world’s best Waste-to-Energy plant, is still a global benchmark. Today in the industry we have some ongoing initiatives in the Gulf area and in South America, but we are waiting for the revitalization of infrastructure investments in Waste-to-Energy plants in Italy and Europe. We’ve recently also watched with interest a large Waste-to-Energy plant in the Far East.

While the firm has a broad range of ongoing and completed projects in the areas of transportation, buildings, energy plants and roadways; are there any new areas into which the company would be interested in expanding?

We’re considering two areas: existing structures in Italy and new construction in emerging countries. In the first case, the priority is the safety of buildings, urban renewal and infrastructure. In Italy it is essential to involve small businesses, in order to increase the downstream activities and the distribution of income.
In the second case we must confront these opportunities with designs that are able to better interpret the contemporary world, with an eye to sustainability issues regarding the economy, energy and functionality and the correct position in the urban context.

Which project, in Italy or abroad, would be considered the best showcase for CREW’s innovative spirit?

Some have emphasized the aesthetic value of our design for Brescia’s Metro stations. The strength of this project was the desire to make the stations “places”, rather than underground labyrinths. We avoided underground passages, tunnels and claustrophobic environments. Underground yes, but without losing touch with what’s going on aboveground. We achieved this above all with light, which enters through large skylights and gives a sense of luminous spaciousness to the underground areas.
As for the our projects abroad, our main endeavor is definitely the design of two iconic subway stations in Riyadh that have required us to interface with major international firms such as Snohetta, Omrania and others. The Riyadh Metro is now the world’s largest construction site and we’re involved in a major way in joint venture with our colleagues at OneWorks on several fronts.

The iconic Qasr Al Hokm Downtown Metro Station will be a genuine jewel for the city of Riyadh, what makes this project special?

The very word “iconic” captures the idea of the uniqueness of this station. It’s located in the heart of the city at the intersection of the two most important metro lines in the system and becomes a symbol of this country’s greatness. The station was designed as an urban plaza with a large stainless steel canopy to protect the station from direct sunlight while allowing the reflected daylight to reach the subterranean areas up to 40 meters below ground. The steel canopy is supported by a reinforced concrete cone-wall that defines the station’s internal architecture.
Within this cone-wall, on the station’s lower level, a garden is located in an underground space accessible from the platform level, which represents an unexpected element in an underground space and also contributes to the station’s microclimate.
The presence of large openings in the slabs at every level contributes to the creation of a single internal space, thus giving a sense of airy openness.

Of the projects that have been completed over the last decade (2005–2015) which ones stand out as best representing the high-tech design expertise and concern for the environment that epitomizes CREW?

At the risk of becoming repetitive, the design of the Waste-to-Energy plant and the Light Metro for Brescia has certainly allowed us to fully express our expertise in terms of hi-tech design by offering our city an energy facility and a transport system, which for future generations will be a guarantee of durable respect for the environment, especially if the Metrobus is integrated with other branches in the city’s hinterland. Certainly the two iconic metro stations in Riyadh, Qasr Al Hokm and the Western Station, with their size and technical and technological complexities are examples of the know-how that has CREW currently has at its disposition.

Looking at the company’s spectacular growth in 2015, what kind of growth does CREW expect to see in 2016?

We believe we’ve optimally managed our exponential growth over recent years, which has led us to make major new investments in Italy and abroad, with the expansion of the Italian branch and the opening of new headquarters in Dubai. In 2016 we expect to consolidate this growth in a more linear way, while remaining attentive to the quality of the product we provide.