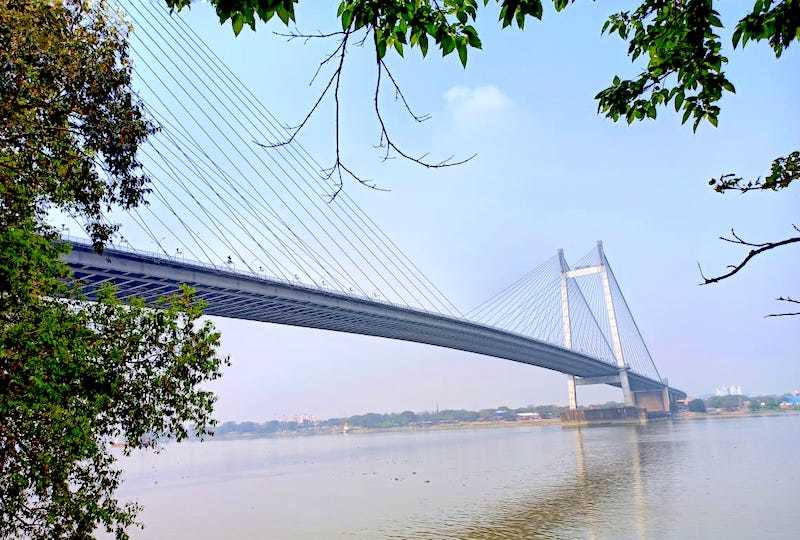 Kolkata, like the rest of the world, sees hope and advantages in a time of tectonic change

Kolkata, the “creative bowl” of India, which was once accustomed to political strikes, bandhs and partial urban standstill in the past, was much unprepared for the March that unfolded. The potency and power of an unseen might, COVID-19 was something that literally jolted vibrant city life into a deadly stillness. Suddenly the streets were deserted, the quintessential Kolkata warm human elements gone, leaving the echoes of a life that was.

Into the sixth week of a national lockdown that paralyzed the old world, a new world has emerged with streets that look cleaner, trees that look greener, the sky that seems clearer and chirping birds that seem happier with less human intervention. While the world wakes and debates on the wrongs and rights of the past and present, two things stand out as we step into the future, history has shown us that great sufferings or changes invoke us to shed our old selves and also in the process help us in carving a new tomorrow. It compels us to reflect, re-orient and re-design our tasks ahead.

While India’s most populous neighbor is known as the “world’s factory”, India itself is largely seen as the land of Information Technology. And in this silent warfare between the virus and human life, humans have taken to IT as never before to cope with their lives. A generation largely used to traditional methods of business and communication has been literally pushed into adopting and surviving through the use of IT. E‑commerce sites, social media platforms, smart phones, the use of robotics, digital apps, chat rooms, virtual conferencing through Zoom, Google Meet, and Microsoft Teams are the norms these days in virtually all sectors across society.

There is a huge focus on digital adaptations in India, like the rest of the world, and the pace at which these are adopted will increasingly accelerate in the coming days. Education, retail, the healthcare industry, legal sectors, agri-commerce, manufacturing, logistics, banking services, transportation, and even cultural sectors are overhauling old systems and infusing digital connections to minimize the social distancing that has become necessary.

According to Delhi-based Prateek Shah, Digital Defynd “India is a big market, and Jio the fastest growing internet provider. The partnership is Facebook and Jio coming together to perhaps build a China like WeChat platform which becomes the go to place for Indians whenever they need to search/buy/transact online. There’s been a global surge of people taking to the online space, to look for recipes, catch up with friends, learn something new, or most famously – watch a ton of entertaining content on streaming applications. There’s a definite shift in how people look at technology, and they are beginning to realize that life doesn’t require them to physically be everywhere to do a certain thing. A lot of meetings are happening online, a lot of work being done via emails. Part of this trend will continue even once we are out of the current crisis.”

“Companies that are using technology and rethinking their business model for the future by fast-tracking digital transformation will be the ones ahead of their competition. Those that were resistant to the concept of a distributed workforce have been forced to allow working from home, so work can still be done while taking precautions to halt the spread of the virus. While some companies will eventually go back to rigid work-in-office policies, it’s expected that some will realize the benefits to employees and that in fact, it can be done effectively. During the pandemic, governments started providing information on their national portals, mobile apps or through social media platforms. A review of the national portals of the countries showed that by 25 March 2020, 57 per cent (110 countries) have put in place some kind of information on COVID-19, while around 43 per cent (83 countries) did not provide any information; but a further analysis showed that by 8 April 2020, around 86 percent (167 countries) have included information and guidance about COVID-19 in their portals. Even in education systems, digital platforms play a huge role as schools are commencing digital classes to ensure students don’t miss out their lessons due to lockdown. If nothing else, they will have valuable experience about what is needed and how to accommodate ourselves to the new digital aided working, to satiate our needs in the future when it’s required again due to another outbreak or other reasons”, stated Nadeem Ahmed Head — Site Maintenance & Technical Design at Allindia Technologies Limited, Kolkata.

Healthcare consultation has been an essential service that has established new paradigms to adapt to the new normal. Dr Sushma Ayyalasomayajula, General Practitioner/Primary Care Physician in the UK, had to cope with this change from the second week of March, when the UK began its lockdown. While most stayed home, she and others in her fraternity continued to go to work. All face-to-face appointments were converted to tele-consultations. “As days went by, the digital help we received really helped our situation. Thanks to technology we can do video consultations for those who need to be seen with skin conditions, children who are unwell and need medical attention. Use of text messaging service for sending blood forms, sick notes etc. as an attachment has reduced the burden on the postal service. I do believe the way we work will change forever once the lockdown lifts”; she adds.

For our happiness the “human touch” cannot be written off… “The Pandemic has shown us that we can do things remotely. Physical presence is not a necessity and a lot of things happen effectively and efficiently online. I believe this is possible because we have had decades of physical, human, face-to-face interaction and a lot of skill sets have been passed down via generations which have enabled us to trust one another over a virtual space,” feels Bangalore resident Tushaar Shankar, host of the “The good vibes” podcast and The Tushaar Show. His podcast has been trying to reach out and assure people and give them hope in these confusing uncertain times.

India has seen a stream of poetry in recent days from the pens of actors, journalists, students and of course poets in a way that has brought the world much closer in a reassuring, human embrace. Internationally-acclaimed, Kolkata-based poet Sonnet Mondal, penned five poems on the global lockdown. The poet, who is also one of the founding directors of Kolkata’s International Poetry festival, Chair Poetry Evenings, states, “There can be no better inspiration for poets and writers to articulate through their pen than this time of crisis.  At present humanity is going through a test, as to how humane they can be to themselves and to others and how much they can sustain in the face of some unprecedented situation. The crisis has not only unmasked the helpless arrogance of the whole human race in front of nature, but has also highlighted the crude realities that a lot of people face in regard to their existence.”