The Cultural and Commercial Value of India’s Coasts 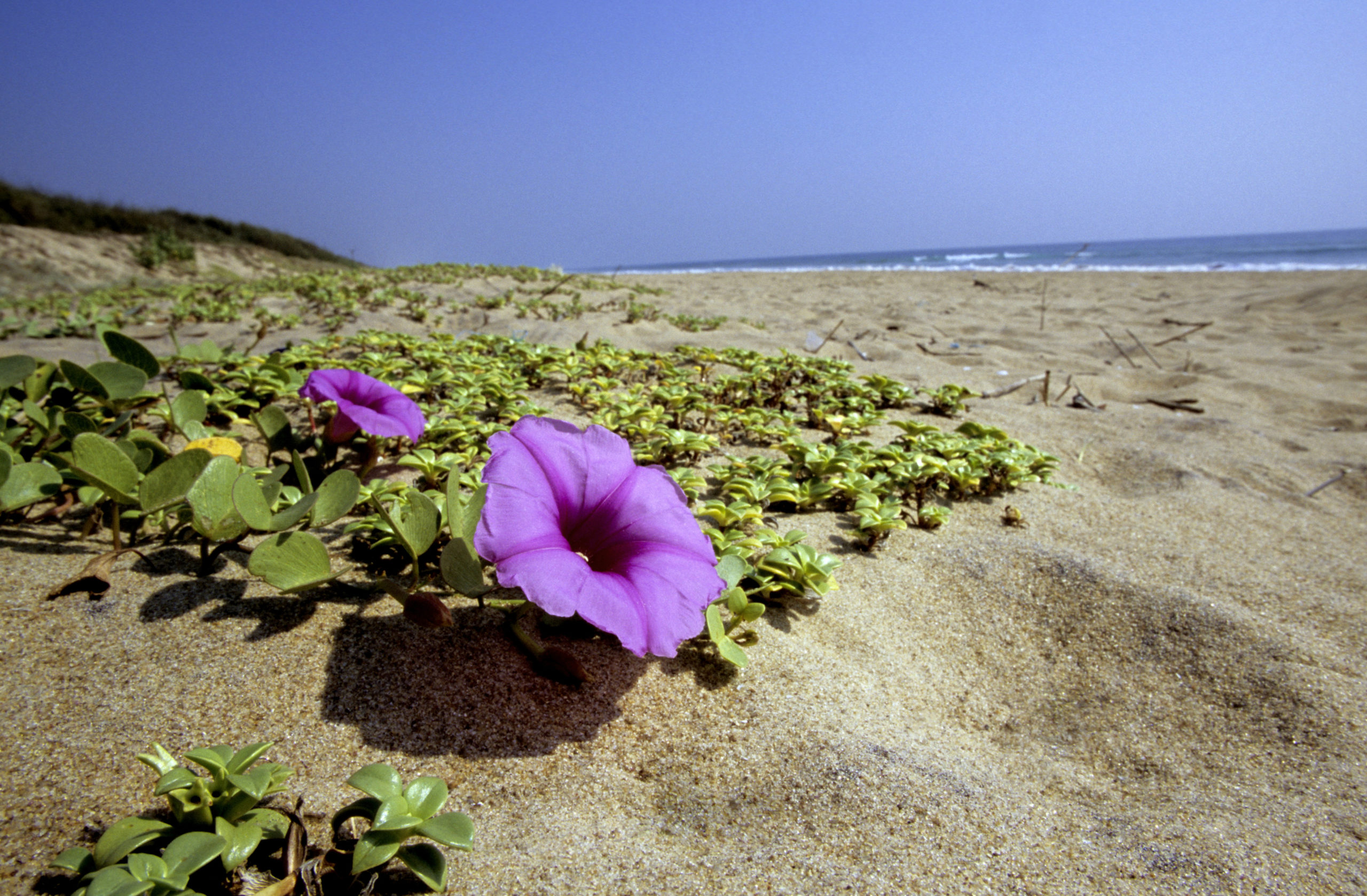 India is fortunate in being endowed with quite a number of tourist attractions when viewed through myriad lenses of its art, culture, topography, history, architecture and religious philosophy. According to Statista’s published reports, a total of almost 11 million tourists visited the country in 2019.

The tourism industry is one of the biggest service industries that contributed significantly to the country’s GDP, a major chunk of which came from domestic tourism. Not only is it a major source of employment but it’s also one of the fastest growing economic sectors.

The total contribution of the travel and tourism industry is expected to reach 50 billion USD by 2022. India was ranked 34thamong 140 countries overall according to The Travel and Tourism Competitiveness Report of 2019.

India improved its ranking by 6 places over the earlier 2017 report, making it the largest leap among the top 25% of countries ranked. One aspect of tourism that has significantly gained the interest and focus of the Central Government’s policy makers has been the huge potential of the Indian coasts.

India has a total of 1197 km of islands and a coastline of 7516.6 km to 5422.6 km of mainland coastline. The coastline encompasses nine states: Maharashtra, Gujarat, Goa, Karnataka, Kerala, Tamil Nadu, Andhra Pradesh, Odisha and West Bengal as well as the two union territories of Pondicherry and Daman and Diu, the Andaman and Nicobar islands in the Bay of Bengal in addition to the Lakshadweep islands in the Arabian Sea. The coastal ecosystem includes 43,230 sq km of wetlands, 97 major estuaries, 34 major lagoons, and 31 mangrove areas.

Some of the renowned beaches are Calangute Beach in Goa, Kovalam Beach in Kerala, Diveagar Beach in Maharashtra, Marina Beach in Tamil Nadu, Puri Beach in Odisha, Radhanagar Beach in the Andaman and NicobarIslands, Devka Beach in Daman and Diu, Agatti Island Beach in Lakshadweep, Promenade Beach in Pondicherry, Ramakrishna Beach in Andhra Pradesh, Digha Beach in West Bengal, Karwar Beach in Karnataka, and Mandvi Beach in Gujarat.

The government has identified beaches and coasts as niche areas for touristic promotion.
Many of these have very good potential and, with the right facilities and infrastructure, can be developed into revenue earners and employment zones and not just function as dumping grounds for domestic and industrial refuse.

With this intent, over the past four years the government has planned 17 coastal development projects across the nation. Under the Tourism Ministry’s Swadesh Darshan Scheme, the Rupees 2000 crore project aims to promote and boost coastal and beach tourism.
It is part of Sagarmala, an umbrella project for developing ports, roads and railway networks servicing the ports according to published news reports. The individual states execute these while funding comes from the central government.

According to an Economic Times report, some of the key coastal tourism projects that have yet to start include the 700-crore project of ropeway between Sweri fort and Elephanta island (Maharashtra), a 90-crore project in the Dakshin Kannada, Uttar Kannada and Udipi districts of the Karnataka circuit, as well as a 76-crore project at Gopalpur, Barkul, Satapada and Tampara (Odisha district).

The only beach to have seen completion among the projects is Kakinada. The beach now boasts a musical fountain, a glass pedestrian bridge, contemporary landscaping, a food court and an art gallery. To add to the attraction, provisions for daily laser-light shows with the scenic backdrop of the harbour and sea promises to be a major draw and offer healthy competition to the well-known Vizag beaches also in the state of Andhra Pradesh.

In India – famed for its tradition, culture and art forms – many beaches have been picturesque havens for dance festivals with temple backdrops that have been much admired and patronized by national and international cultural enthusiasts. Two of the well-known festivals are the Mamallapuram dance festival and the Konark Dance festival. 2019 also saw Mumbai take the lead in holding a unique literature festival, the Queenlines Lit festival, this first edition of the festival attracted prestigious attendees from India and abroad.

Another beach literature festival was held at Kozhikode Beach in January 2020 which featured artists, actors, celebrities, writers, thinkers and activists who discussed topics from art, culture, and music to the environment. On the eastern coast, beaches have also served as professional and holiday package venues for corporations; places where they can host their annual retreats and where work and play are given attention in equal measure.

Goa too organizes music festivals on its beaches during the end of the year; these are a major tourist attraction, offering glimpses of culture, food and local flavour. Also, river cruises in coastal Kerala, Goa and West Bengal are other options for tourism and revenue streams.

With the sudden upheaval brought in by Covid, the government is planning some steps to encourage tourism promotion campaigns across television and digital platforms for luring tourists and to build confidence. The campaigns will highlight various safety precautions and measures, better air and road connectivity to and from touristic destinations to usher in foreign tourists as borders open up and tourism resumes.

The tourism ministry’s additional director general, Rupinder Brar stated at a webinar organized by the Federation of Associations in Indian Tourism and Hospitality (FAITH): “With better weather conditions and a Covid vaccine on the horizon, we are expecting a strong bounce back in international tourism to India in 2021.” The minister also spoke about offering attractively priced covid-19 insurance policies to foreign tourists.

“Beach tourism post COVID has really increased because going to beaches is easier and more drivable for the public than going to the mountains. Just when the lockdown was lifted, there was a rush to go to the beaches. It was definitely more relaxing and especially during this time these small destinations were more explored by the public than during usual times. Many unexplored beaches have got their due importance and attention. I think, especially in the eastern part of India, all the beaches that were more virgin have grabbed the attention of the tourists. So I think the beaches will not remain empty like before. People are more aware about it as they know, they can drive. So yes beach tourism has a very long way to go,” stated Riddhi Roy, Operations Manager at Dolphin Travels in Kolkata.

Whilst there is a long list of positives when it comes to beach and coastal tourism, there has to be a balance somewhere. Coastal tourism involves a unique resource combination at the border of land and sea environments. So while development can be hugely lucrative for the economy, it should be done sustainably since it involves fragile ecosystems like estuaries, dunes, rocky coasts, kelp forests, coral reefs, mangroves and indigenous livelihood and way of life.

Yes the sun, sea, and sand have continued to be the main ingredients for the kind of coastal tourism that has charmed tourists. But, rampant development and commercialization in an effort to bring in a universal homogenous effect of standard facilities often robs the pristine beauty and local flavour of the area, as well as destroying natural diversity.

The options for beach tourism development are plentiful and the range for recreation is vast and ever-expanding with activities like sand dune surfing, beach volleyball, tidal pool exploration, fishing, parasailing, and beach combing. There is also a diverse offer when it comes to marine recreation activities including scuba diving, snorkelling, yachting, deep-sea fishing, wildlife watching tours, sea cruising, and sea kayaking.
However all of these things will have a notable impact on costal area residents, fisheries and agricultural zones, as well as on shipping and land use practices like agriculture and industrial development.

Perhaps the most practical suggestion for this thriving and exciting new industry comes from famed sand sculptor and artist Sudarshan Pattanaik who has been drawing admiration from home and abroad for having made beach art and sand sculpting a strong form of expression.

“Beaches should hold events” he stated earlier on a media platform. He points out five suggestions to improve beach tourism: A clean beach is the best beach; cleanliness has to be an ongoing process. Water run-off from city drains should not be discharged anywhere near the beach. Water treatment is a must for coastal cities. Beaches with forests and rural habitats need to be developed. Tourists always scout for local flavours and colours: art and culture along with local cuisine. Every beach should have a calendar of events; for example, beach volleyball, sand art, food festivals, dances in the local fishing community, etc.

Costal and beach tourism offers fantastic opportunities for development and revenue in India, but it must be done sustainably and with careful planning in order to reach its full potential and maintain gains over the long term.