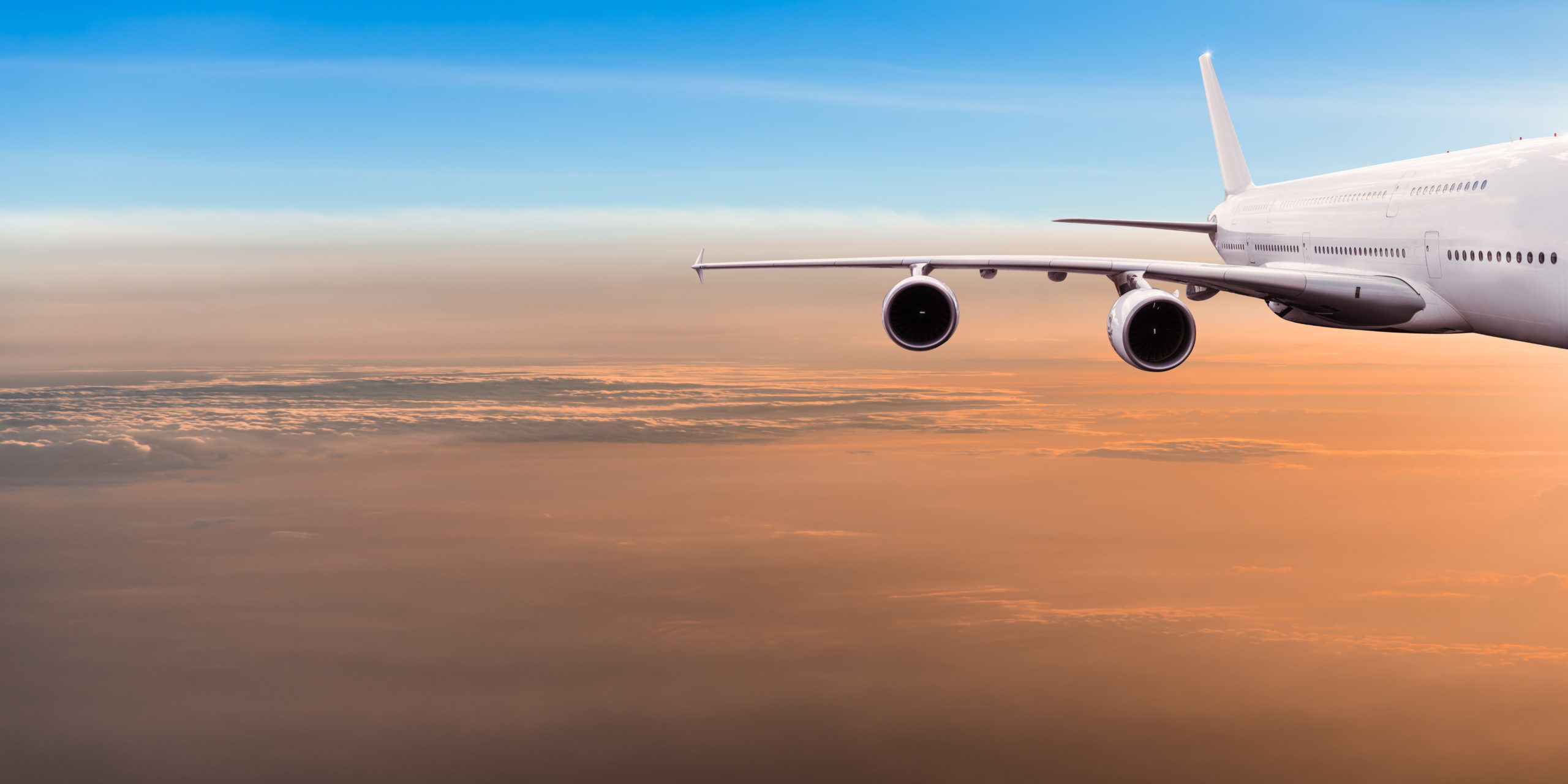 Now, when travel is in suspense globally, I miss travelling terribly, and confess I have never wanted to travel more than I do now at this moment!

In my mind it is simple, you either have roots or wings, and I have always had wings. I used to travel a lot for business, and have often complained about the long journeys, time wasted in airports, delayed planes, long transit times, and endless waits at baggage reclaim for luggage that sometimes went on a trip of its own elsewhere.
I once flew from Madrid to London, yet my suitcase decided to travel 8000 kms to Cartagena de Indias, Colombia.

We all have stories like this, and most frequent flyers have a whole portfolio of episodes that have befallen them. “Travel – it leaves you speechless, then turns you into a storyteller” says Ibn Battuta. I would add, or in some cases turns you into a travel bore.

Ibn Battuta (1304 – 1368 or 1369) was a Muslim scholar and explorer who widely travelled the medieval world. Over a period of thirty years, Ibn Battuta visited most of the Islamic world and many non-Muslim lands, including Central Asia, Southeast Asia, China and India.
At that time he travelled more than any other explorer in distance, totaling around 117,000 km, incredible when compared with Marco Polo’s 12,000 kms. Near the end of his life, he dictated an account of his journeys, titled A Gift to Those Who Contemplate the Wonders of Cities and the Marvels of Traveling.

His choice of words for the title… “a gift”, “wonders of cities”… “marvels of travelling” resonates deep within me.
I love exploring, and on business trips have always tried to squeeze in some downtime to see at least something of the city or country I happened to be in. Travel itself truly is a gift for some, but for others something to be avoided. As I write this, my “I Love NY” mug of red tea (bought on my last trip to China) resting on a coaster which has a map of the world as background, and the imperative “Just Go” superimposed on it, I yearn to pack my suitcase and head for the door.

The destination is irrelevant. It is more about the process, or the habit. It seems that all past annoyances such as delayed/cancelled flights, low cost airline hell, passengers who dither looking for their seats, crying infants, unrecognizable airline food, turbulence, all lose their importance when contemplating 6 months without having left the immediate area, let alone the country.

As a seasoned business traveler, you learn to take all the annoyances above in your stride, and consider it part of the “job”, you develop your own particular way of dealing with each one, and equip yourself for the trip – music, reading material, downloads, podcasts, neck cushion, medication… the list is endless and specific to each traveller, as are the fetishes and the routines. Frequent flyers are all nodding in agreement. The unavailability of preferred seats, aisles or windows can be a major setback.

The secret to successful and enjoyable travelling is your mindset, which is your greatest asset. Over the years I have learnt that it is wholly counterproductive arguing with airline staff, complaining about delays, or the inconvenience caused by a French traffic controllers’ strike.

Complaining only adds to the stress of the journey, and when there is nothing one can do to change or influence those events, the best thing to do, for one’s blood pressure and stress levels, is to accept the situation and find something useful to fill in the time. Travelling has made me become very Zen… if it comes, let it… if it goes let it. I do now try to enjoy the trip but this was not true in my younger days.

The personal implications of the lack of travel, business or pleasure, may be deep, but the travel industry itself is in complete turmoil. Since it seems the Covid 19 virus also likes to travel, airlines are struggling to survive, hundreds of thousands of flights have been cancelled worldwide, airline staff are losing their jobs, tourist or business destinations are losing billions of revenue, and what is worrying is that there seems to be no end in sight. Urgent support is needed, but the scale of support needed is so immense it is frightening.

What will happen if we do not travel as much as we did? The benefits of travel are well documented, and there are many cliched sayings, too many to list here… However, there is no doubt that there will be huge social impact if travel, as previously known, decreases for a long period of time.

Prior to the outbreak of the pandemic, we were already seeing the rise of nationalism globally, and increased calls for borders, walls and frontiers. Calls for protectionism, and trade wars have also become increasingly populist. This is not a modern trend.

Historically, there have been various walls built, and countries even closed completely. Sakoku (鎖国, “closed country”,) was the isolationist foreign policy of the Japanese Tokugawa shogunate under which, for a period of over 200 years, relations and trade between Japan and other countries were severely limited, nearly all foreign nationals were barred from entering Japan and common Japanese people were kept from leaving the country. Today, many British travelers returning from Spain are complaining about having to quarantine for 14 days! Depending on the future development of the pandemic, and individual countries’ reactions to it, we may see a return to these isolationist policies.

Reading in the UK’s Guardian (27 July 2020): “Continuing to keep international borders sealed is not necessarily a sustainable strategy for the world’s economy, for the world’s poor, or for anybody else,” Michael Ryan, WHO emergencies director, told journalists in a virtual briefing.

“It is going to be almost impossible for individual countries to keep their borders shut for the foreseeable future,” he said, pointing out that “economies have to open up, people have to work, trade has to resume.”If we travel less, we socialise less internationally, we discover less, and understand less about “the other”, there will be many implications – not just economic, but also political. I agree wholeheartedly with Mark Twain, the American author, who said  “Travel is fatal to prejudice, bigotry and narrowmindedness, and many of our people need it sorely on these accounts. Broad, wholesome, charitable views of men and things cannot be acquired by vegetating in one little corner of the earth all one’s lifetime.”

You will no doubt have read – and you will certainly have heard as an explanation of American parochialism – the fact that “the majority of Americans do not have passports”. This is true. According to recent figures, the US State Department estimates that only 146.7 million passports exist, i.e. 42 per cent of the population possess one.
The great travelers it seems are the Germans with over 90% of the population owning a passport.

Having reflected on all the above, and looking earnestly at the coaster below my cup exhorting me to JUST GO!, what conclusions do I reach personally?
I will travel again, and I will travel again as soon as circumstances allow. Perhaps not quite yet, and even the airlines recognize this when they advertise that travelers can buy tickets now yet change them at no cost for up to one year or 18 months in some cases.

It is not the actual journey that is off putting, nor the hygiene on the airline, nor travelling with more PPE than baggage. What worries is that the country of destination may not observe adequate standards of prevention and hygiene, and that the medical services there may also be lacking.

What worries is that a country may close borders or the home country impose quarantine rules at short notice, as has happened this weekend between the UK and Spain. What niggles in the back of my mind is the general uncertainty of the current situation.

You may set out, and that is the only certainty you will have, everything else will be fluid and subject to change and as business travelers we need to be able to plan our agendas. Or do we? Is this fluidity going to be part of the new “normality”?

Graham Bruce is a senior global executive consultant with extensive international manufacturing/consulting experience orchestrating establishment, turnaround, expansion, consolidation, and restructuring of diverse manufacturing operations while improving Key Performance Indicator (KPI) delivery. Graham has worked in Europe, the US and the Middle East in the aluminium, steel, paper and plastics sectors.