Beyond the Ideal City 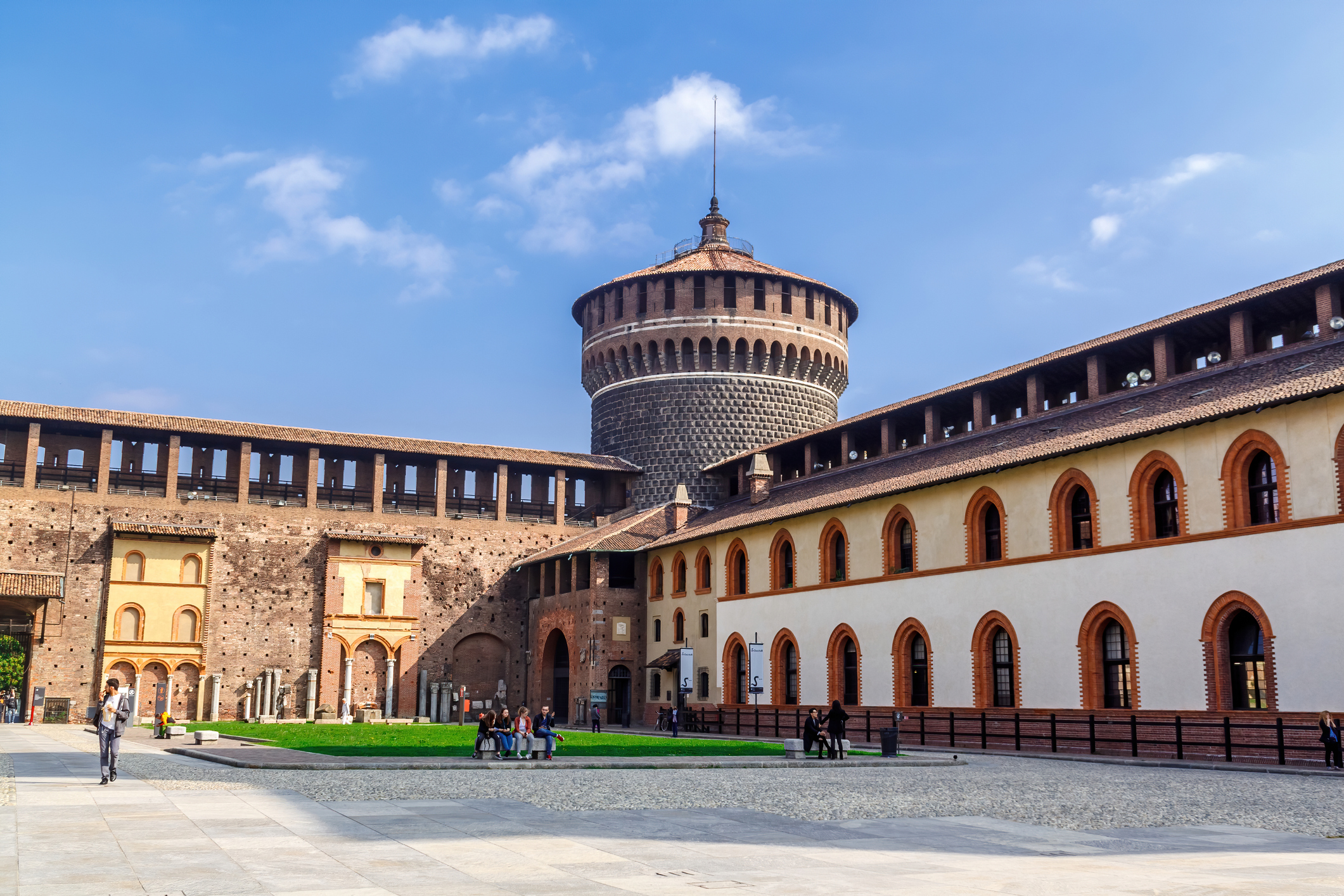 By Mariella Borraccino, editor and analyst based in Milan

In 1482, Lorenzo the Magnificent sent a diplomatic mission to Milan to strengthen his alliance with Ludovico il Moro.
Leonardo da Vinci was part of the mission, led by the humanist banker Bernardo Rucellai.
As a gift for Ludovico il Moro, Leonardo brought a musical instrument with him: a silver decorated lyre molded in the shape of a horse’s head. Leonardo was able to play this instrument, compose songs and sing them. And he would also have offered Ludovico il Moro his other services.

What kind of city was Milan at that time? It had about 125,000 residents, three times more than Florence. Galeazzo Maria Sforza, trained by his father Francesco Sforza in the political and military arts and humanistic culture, made the court luxurious, embellished the castle, and brought Flemish musicians to make Milan an important musical center (therefore the Sforza court would have appreciated a precious musical instrument like the silver lyre).

Galeazzo Maria implemented economic reforms that favored Lombard manufacturing and protected Lombard shops from foreign competition. He introduced sericulture as well as rice cultivation; he expanded the canals, had hospitals built, and favored the establishment of printing presses (such as that of Panfilo Castaldi, who published the classics). He donated the Candoglia marble quarries to complete the construction of the Milan Cathedral (il Duomo di Milano) and invited the architect Donato Bramante to direct his Milanese building program.

Galeazzo Maria’s brother, Ludovico il Moro, who ruled the Duchy of Milan from 1480, promoted the city as a gathering place for scholars and intellectuals: jurists, doctors, mathematicians, and philosophers. He also spent extravagant sums in beautifying the court, keeping his stables, and organizing parties to celebrate his power.

Rucellai inspired the tone and arguments of Leonardo’s letter to Ludovico il Moro, a draft of which is preserved in the Codex Atlanticus. The services that Leonardo first offers are those of a military and civil engineer: skills the duke needs to defend his possessions. Finally, Leonardo proposes himself as the sculptor capable of creating the monument Ludovico wants to erect in memory of his father.

In a Milan struck by the bubonic plague, between 1482 and 1485, Leonardo had the opportunity to carry out civil construction projects and designed a city with useful services for the health of its residents: he widened the streets to reduce overcrowding and designed infrastructure to promote hygiene.

Leonardo designed a city with a lower level—which would have circulated air through ventilation ducts—to house canals, streets for loading and unloading at commercial establishments, depots, sanitary facilities and sewers.
He drew the streets with a slope towards a central slot for rainwater to drain into the sewers.

Leonardo’s is not the ideal city, it is a pragmatic city, a city of time, of doing what is needed, not what the Other wants (God, the people, or a spiritual guide). It is a city that makes way for the apparatus of getting things done, taking action, and doing business.

The city of Leonardo, depicted in the Adoration of the Magi in Florence, arrives at the Last Supper in Milan.

Our special thanks to Il Club di Milano for contributing to this text.
Photo: Milan, Inside of the internal courtyard of Sforza Castle. The castle was built as from 1450 by Francesco I Sforza, Duke of Milan. Also Leonardo Da Vinci worked there (iStock)