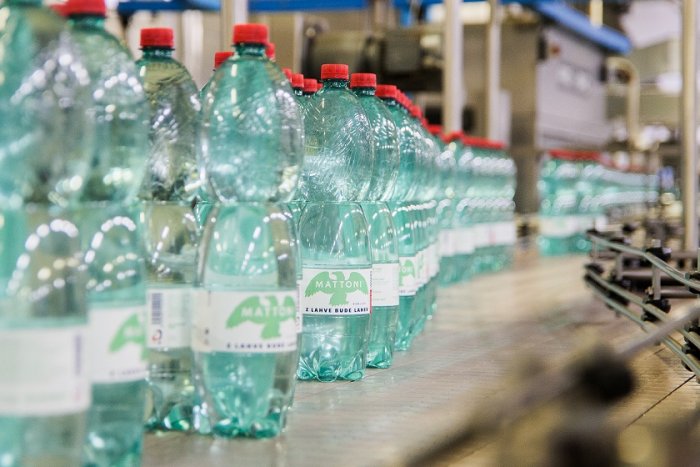 It all began in Cittadella (Padua) after World War II. The history of modern mineral water, with the introduction of PET packaging and an emphasis on marketing, was introduced by Padua’s Pasquale family. Today they are the owners of the KMV Group (Karlovarské Minerální Vody) in the Czech Republic, the central European leader in mineral waters and non-alcoholic beverages.

Alessandro Pasquale — son of one of the three brothers who founded Acqua Vera — leads a group with over 500 million euros in turnover, 3,200 employees, 11 production sites, 1.7 billion bottles sold and more than 50 private and licensed brands in the Czech Republic, Slovakia, Hungary, Austria, Serbia, Bulgaria and other countries. Their products include the historic Bohemian brand, Mattoni 1873 (founded by an Italian in the nineteenth century, then nationalized, and finally acquired by Alessandro’s father, Antonio Pasquale after the fall of the Berlin Wall). A sort of new Habsburg empire of water and drinks, as father and son joke (but not too much).

Alessandro Pasquale, a bit of history: how did the Pasquale family become successful with Acqua Vera?

My great-great-grandfather Angelo, was from Puglia. In the nineteenth century he transported oil, wine and other products on his sailing ship from Bari in the South to Venice. My great-grandfather married a woman from Veneto and stayed there.
The family business was selling Sicilian wines in Northern Italy and France. It was my father Antonio who decided to convert the business from wine to water. The turning point came in the 70s with the identification of the spring of San Giorgio in Bosco in an area that is rich in springs.
In 1975 Antonio, together with his brothers Lino and Roberto, founded the Vera brand, began to bottle it in glass bottles. Then began using packaging in PET instead of PVC (a practice introduced by Coca Cola), which was also good for sparkling water.
So, investments were made in innovative packaging with the awards won in the 90s, along with investments in marketing and communications.
Then Nestlé arrived and made an excellent offer [currently, Acqua Vera is now part of the Sicon Group, —ed.], and so in the 90s my father moved to the market in the ex-communist countries, seizing the opportunities that were opening up. In the meantime, our family had moved to Switzerland to escape a wave of kidnappings in Italy that targeted entrepreneurs.

How did you get started on the other side of the former Iron Curtain?

It was necessary to reinvest all the profits into the company to rebuild the factories from scratch.
The first brand we acquired was Mattoni 1873 in the Bohemian spa town of Karlovy Vary. It’s also true that in the Czech Republic in the early 1990s the only industries that worked were breweries and bakeries. The communists wanted to ensure that the people had enough beer and bread to keep them quiet. The rest was very inefficient, a shame for a nation that has a great industrial tradition, dating back to the mid-nineteenth century, when it was already one of the most economically advanced regions of the Austro-Hungarian Empire.

Yes, there is a great work ethic, they take things seriously. We Italians have brought in the extra creativity that was needed, and in return we find a German-style schematic approach to precision. We need to know how to balance these components, it’s not always easy, but it works and we also see it in the other Central European countries where we operate.

What are group’s latest moves in terms of expansion?

It’s been a little more than a year since, in a joint venture with PepsiCo, we acquired the Serbian leader in mineral waters and energy drinks, the historical Knjaz Milos spring, where we are the majority partner and manager. With great satisfaction I can say that it’s the company that has reorganized faster due to Covid, with an economic result in 2020 that was even better than the previous year and, now that we are returning to normal, growth is really taking off. While in Bulgaria, where we work under license for PepsiCo, we are also trying to expand with a mineral water producer.