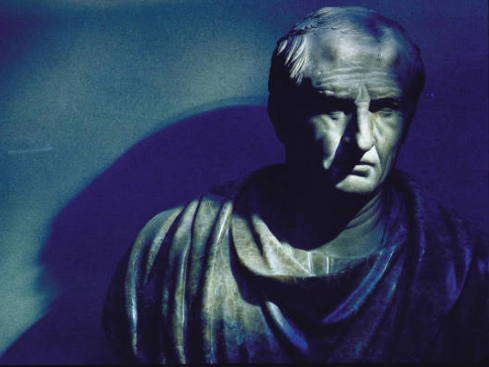 Otium and negotium both play a role in building consensus

Otium and negotium in Latin are roughly translated as leisure and labor. In Cicero, the activity invested in otium (i.e. the liberal arts and philosophy) was indispensable to negotium, that is to civil and political engagement (cf. De oratore, Pro Archia and elsewhere). Exchanging the word “talks” for “negotiations” limits the meaning of “talks”, because it captures only one aspect, that of negotium, while talks invest a great deal in both otium and negotium.

In the theory of negotiations, the “zone of possible agreement”—is the model of an area in which there is the potential for two parties to reach an agreement.
The model, which dates back to the early days of economic theory between the 14th and 15th centuries, is now used in management schools and applied in various areas.

Within this zone, agreements become “possible”. There are no winners and losers: if this ideal situation is realized, in this “zone” both parties win.
However, the “zone” is never ideal, because it requires listening, a window of opportunity, therefore diplomacy. The diplomatic intervention rests precisely at the intersection between otium and negotium, on that instant of “misunderstanding” that allows you to intervene and continue the talks.

To determine if there is a zone of possible agreement, the parties have to explore their reciprocal interests and values from the beginning of the negotiations, and gradually make “adjustments” as more information is acquired.
Intended as a zone of value negotiation, in the zone of possible agreement the aim is to deliver as much value as possible, with the least possible risk, in the broadest range of situations. A zone where the risk can be economizable and the value quantifiable.
Therefore, according to these theories, the negotiation seems not to be a process of valorization, carried out until the absolute value is reached, in which otium and negotium both play a role in “building consensus”; but rather a process of creation or achievement of value only through progressive effort and labor.

The negotiator, according to this ideal scheme based only on negotium, must always begin by considering the zone of possible agreement of the two parties, constantly “adjusting”, organizing and refining these figures gradually as the process progresses. Is the zone of possible agreement a risk prevention zone? Is it a predictor and value bias zone? Is it an economic penalty zone, from which a valued premium would follow? Is it a “torture” administered by a hedonist?

These are some of the questions we ask ourselves when we approach a talk “zone”—which is never ideal—and that cannot be reduced to only negotium, because this can confine us to a rigid, progressive scheme and, above all... lead us to take for granted the person we find across from us.