The journey of experience 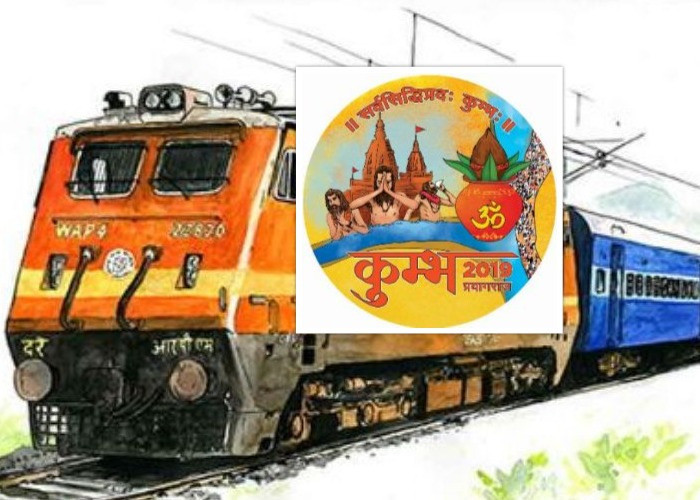 In the Hindu way of life, the journey is more important than the destination, because the journey is your experience, from this earthly realm to another higher planetary realm.
The journey of your life stands on four pillars called the purusharthas. Dharma (fundamental duties based on your competencies), Artha (essentials for making offerings thus leading to survival), Kama (regulated desire and its fulfilment), Moksha (ultimate positioning for eternity).

The journey is how you relate to and utilize the lifetime for a greater purpose or greater cause. The more engaging and joyful the journey, the better the arrival at your next destination. Therefore, the traits or behaviors of Dharma (धर्म), Patience (धैर्य) and Courage (साहस) are important.
In Vedic culture, there are all kinds of travels even the inter-planetary travels. However, for travel on the planet earth, railway was quite a unique innovation. It is linked to the horse driven cart, which essentially is based on the concept of the Chariot of the Sun God that travels around in the Universe.

The history of Indian railways is not only about iron, tracks and engines; it is a history of projects, mindsets, intellectual achievements. The railways are a boon of modern-day industrialization.
The first railway in India was operated between Mumbai and Thane, in Maharashtra. It was only 60 km and it was used mainly for transporting spices. It was the beginning of the railways in India, but railways have since become the “social fabric” of Indian society.

Railway functions as a kind of “social network” encompassing not only its 1.5 million employees but millions and millions of travellers.
People look forward to traveling on trains where you are never alone. They like to travel with family, with friends, in groups of like-minded colleagues, etc.
Because of India’s vastness, the journeys are quite long and are very joyful. The train is like home away from home. Passengers carry their own food, they carry their daily essential items, they carry their bedding to a rail “apartment” on the train: it’s just like an extension of their family home.

Personally, my first love is aerospace. Aerospace has its own fascination, because you fly in the clouds, traveling in different planes.
When I landed in the industry, by coincidence, from the air I landed on the ground in the automotive sector; and from automotive I moved on to railways. Always transport!

Discovering transport is something very interesting, because people travel. Initially, a long time ago, people used to travel for one main reason, and that was for pilgrimages, to perform tīrtha (तीर्थ). It is an opportunity for a common householder to acquire knowledge from the rishis, saints, sadhus, learned brahmans who also come together during seasonal kumbh to disseminate their revealed knowledge of God.

In India you have countless places of tīrtha from north to south, from east to west. Performing tīrtha is one of the fundamental duty of human beings and the railways are the only transport that criss-crosses the entire nation. We have a train travelling from Kashmir to Kanyakumari, which is one of the longest route. So tīrtha and railway is synonymous.

With my family, we made a pilgrimage just after the summer, in the months of October and November. In Hindu philosophy, the month of October is a very important time. There’s a nine-day period (Navratri) which is the most auspicious time to go to a tīrtha. The festival of Durga Puja (worship of the goddess Durga) is nine days, eleven days before Diwali—celebrating the victory of dharma over adharma. The victory of Lord Rama (an incarnation of Lord Vishnu) over Ravan, celebrated across all of India and as homecoming after the tīrtha. In this period people want to visit Vishnu’s temples, to connect or to find a better understanding of our inner-selves as Vishnu in the form of paramatma (Supersoul) also resides as guhya (गुह्य) is covered as a secret in each of our hearts (अधोक्षज). Planning for this type of journey starts two months before.

There are so many pilgrimage places and people want to travel to visit them. The journey, as I said, is as important as the place of pilgrimage. That is why railway travel is the most appreciated; because of the joy of the journey and its connectivity throughout the country. People generally travel in big groups; you travel with your family, your neighbours, colleagues, friends, other like-minded people, so you continue the whole journey and it is very important to be together, experiencing life in the same coach…

Children often cherish the experience, the sound and sight of the passing trains. The whistling of trains, especially on long bridges over freely flowing rivers, tunnels cutting through the high green mountains and forming serpentine while climbing hills or manoeuvring curves in plains. Bollywood poets have written amazing lyrics using railways as the theme, तू किसी रेल सीगुज़रती है, मैं किसी पुल सा थरथराता हूँ (you pass like a train and I tremble like a bridge underneath). It leaves an indelible mark in your mind. Therefore, the most inspiring kind of trip for any child is to travel by train.

Getting into the coach of a train is like a holiday for the children. Railway travel is such a nice thing… you can freely move around in the train. So, there’s no restriction, you don’t have to stay sitting in one place. These small things let everybody find moments of joy. There are people selling food and goods, musicians, singers & actors performing on the train to entertain the travellers. Sometimes people interact with other people so intensively that at the end of the journey there is a marriage proposal. This is also because it’s a long journey, it can be up to one week. At minimum there are 2 days of travel in one direction. Sometimes, babies are also born on a train journey. Amazing things happens on Indian railways in incredible India.

When we talk about new-age, high-speed trains, they are more appropriate for people who are business oriented, people who have very little time.
In parallel, railways also offer overnight trains with sleeper cars, so travellers can sit during the day, but they can also sleep comfortably at night. And they bring their own bedding, their own food, and they share what they bring with their fellow travellers. This experience must continue to be available to retain the joy of free-minded travel. They will both co-exist to complement each other, as each is important for its own style of traveller.