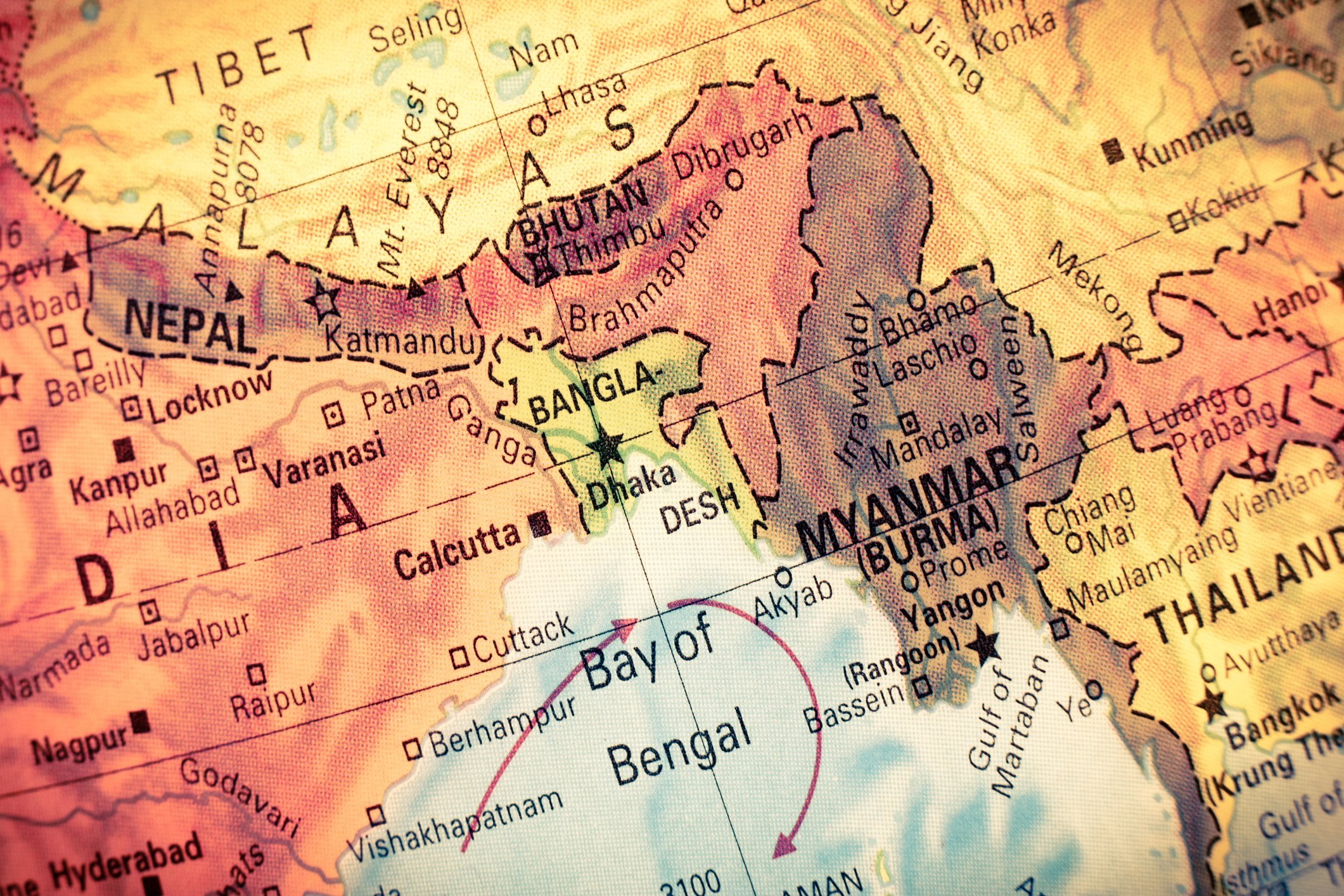 Culture and Rail link Bangladesh and India through West Bengal

When we talk of poetry in the Indian context, the foremost name that strikes a familiar chord is that of Rabindranath Tagore who donned many roles: painter, poet, philosopher, traveller, social reformer, educator. But few know that this polymath and Nobel laureate’s family had a deep relationship with railway connectivity.

Dwarkanath Tagore, grandfather of Rabindranath Tagore had diverse business interests in banking insurance, shipping, and trading goods like indigo, silk, sugar and coal. His interest in railways developed on his visit to England and, subsequent to his return, he understood the need for railway connectivity in collieries and offered to raise one third of the capital for setting railway lines between Calcutta to the Raniganj coalfields. Apart from the emotional connection railways bring, they have played an important part in joining nations and establishing trade routes between India and its neighbours for quite a long time. Within the spectrum of this Indian subcontinent, Bangladesh and West Bengal particularly have had a special and unique equation.

Joined by shared civilization, cultural similarity, social and economic ties, Bangladesh and West Bengal share a common love for linguistics, heritage, music, and literature. The Sunderbans, famed the world over for the Royal Bengal Tiger, is the largest mangrove delta, extending across both the nations and covering over 10,200 sq. kilometres.

Similarities aside, Bangladesh is India’s largest trading partner in the South Asian context. According to a report published earlier in the Hindustan Times, total Indian exports to Bangladesh for FYI 2018–19 was $9.21 billion and Bangladeshi imports to India were around $1.22 billion. The pursuit of India’s own regional interests largely depends on greater regional interdependence and connectivity with its immediate neighbours. China is playing a very big role in supporting infrastructure, modernization and developmental initiatives in India’s periphery through fibre optic or rail links.

China has been relentlessly offering Bangladesh duty free access to its products. In this light India is strengthening its approach: a multi-pronged strategy to enhance its business and trade partnerships with Bangladesh. In order to achieve this, India is facilitating seamless connectivity for the movement of Bangladeshi products to landlocked regions on the Indian side particularly north-east India. There is a major thrust to increase connectivity via inland water transport, sea ports, highways and railways allowing Bangladesh to access the Bhutan and Nepal markets in addition to those in India. Both Bangladesh and India are activating measures for the restoration of the pre-1965 rail and other connectivity links.

Even during the pandemic that shook the globe, the July 2020 decision by the Government of Bangladesh to resume border trade via West Bengal will soon set a positive pace for greater exports into India after a brief hiatus. Grant help has been given to Bangladesh from India for myriad infrastructure projects including construction of the Akhaura Agartala rail link. Another area of rail connectivity that got a major boost was India giving 10 broad gauge locomotives to its railway counterpart in Bangladesh as a grant which is a sign of continued cooperation and goodwill between the two neighbours. The West Bengal government proposed to continue trade through Gede in south Bengal’s Nadia district in July. According to Mr. Alapan Bandyopadhyay, State Home Secretary, this was safer and acceptable.

The month of July 2020 saw a lot of rail activities between the two countries as a parcel train containing chilies from the south-eastern state of Andhra Pradesh reached Bangladesh. A month prior, more than 100 freight trains carrying FMCG products, essential and finished items were ferried between the two regions. Another significant development was declared by Piyush Goyal, Minister of Commerce and Industry, on his twitter handle in July 2020: “From Bareilly to Bangladesh! 51 trucks exported from India to Bangladesh via Indian Railways. Railways is at the forefront to promote exports.” The Petrapole-Benapole Integrated Check post, which constitutes almost a third of Indo-Bangladesh bilateral trade (USD 8.7 billion), is now fully functional on both sides.

The special element that ties the two Bengals is undoubtedly the warm camaraderie and familiarity of language between the two regions. Passenger trains like the Maitree Express, which means “Friendship Express”, has been bringing the citizens of both sides even closer together since its inauguration in 2008. In 2017 a second train service connecting Kolkata with Khulna in Bangladesh, the Bandhan Express, was inaugurated.

Railways will continue to thrive, survive and revive business links between India and Bangladesh with growing infrastructure and improvement in services, a common focus from both sides. Railway service will provide additional impetus to trade by reducing time and cost of import export between the two countries reducing the rate from Rs 7,000/tonne to Rs 1500/tonne. Transportation time by train will reduce transport times from almost a fortnight (when done through Surface transport) to just a few hours.

Doubtless both passenger and commercial rail links will bring movement and forge more connections between India and its closest eastern neighbour. Tagore himself noted the changes wrought by rail in his famous poem Railway Station, penned in 1940: “On and on with repetitive movement / Eastwards, westwards, rapid as storms.”