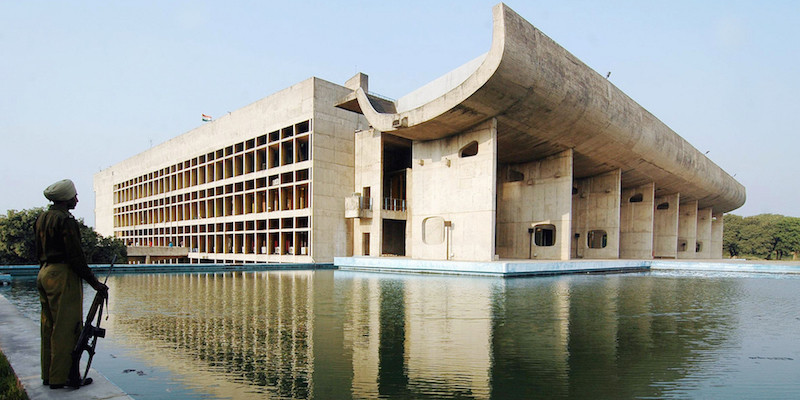 A unique land of contrasts, colour, and culture

A universally held thought is that the human mind experiences profound changes after a long journey.
Travel is one of the finest ways to expand, educate and enrich the human experience as we meander through the vicissitudes of life.

Travel brings humankind to a better understanding by helping us to absorb, appreciate and comprehend each other’s culture, customs and way of life. It may often serve as a wonderful ambassador of friendship and community feeling as well as business and cultural connections.

India is a land of color and contrasts, offering several worlds within a world.
Travelers’ experience of India depends on the length of their tour and where their main interest lies. They might be corporate travelers, historians, or those seeking some eastern mysticism.

According to published data from the Tourism Ministry the total inflow of foreign visitors to India in 2019 was about 10.89 million. To quote published figures from statista, thetop countries sending tourists to India are Bangladesh, the U.S., the U.K, Sri Lanka, Canada, and Australia.

It’s interesting to note that India is a haven for lovers of architecture and culture. After 1947, as a post independent nation, India rose to prominence as a young vibrant democracy and had several new projects executed by foreign collaborators to bind nations in a tighter association. The first Prime Minister of India, Jawaharlal Nehru, was a great proponent of blending east with the west. Referring to his vision of building a new India, he coined the term “Temples of Modern India” when he commissioned the construction of Bhakra Nangal Dam over Sutlej river (in the state of Himachal Pradesh) as he was keen on starting India’s new path towards scientific and industrial development.

He invited American civil engineers to oversee the technical aspects. To date this dam site remains a top draw. But the most stunning blend of east-west collaboration to date is the Swiss French architect Le Corbusier’s Capitol Complex in Chandigarh, a common capital for the Haryana and Punjab governments. It’s a UNESCO World Heritage sitecomprisingthree concrete buildings:The High Court, The Secretariat, and the Palace of Assembly.

Chandigarh has pride of place among cities, being the first to be developed as a planned city, and was Le Corbusier’s largest project —its design commissioned from him in the 1950s.

Travellers with an eye for and interest in archaeology and old civilizations would definitely be keen to visit the sites of Harappan or Indus valley civilization, claimed to be among the oldest major world civilizations.
Once home to a population of highly-developed people, known as the Indus people, cities like Dholavira and Mohenjo-daro—with their well-planned urban spaces complete with wide streets, public and private wells with excellent drainage systems, bathing platforms and reservoirs—are fascinating subjects for study.

The remains of these civilizations are found across the cities of Harappa, Mohenjo-daro and Ganveriwala, today situated in Pakistan and in Dholavira in Gujarat’s Kutch district on the Indian side.

But closer to the capital in Haryana, is the site of one of the largest Harappan settlements in a place called Rakhigarhi where five interconnected mounds were discovered after excavation by Shri Amarendra Nath of the Archaeological Survey of India, causing much excitement. The site also revealed ceramic items like redware that included a vase, jars, a dish on a stand, goblets, and perforated jars. Antiquities like terracotta and shell bangles, semi-precious stones and beads were also found.

Asia’s largest and most ancient metropolis with gateways, planned areas, well planned streets and well-constructed wells and drainage was also discovered at Bhirrana village in Haryana.

Often referred to as The Golden Sparrow, India was seen as a land of wisdom and wealth. One feature unique to India is its amazing range of temples spread across all the states. The most wondrous and largest monolithic structure is the Kailash Temple in Ellora, in Maharashtra State. This rock cave temple holds a magnetic charm because of its incredible and unimaginable precision and design.

Standing very close in popularity to it are the temples of Hampi in Karnataka state, the Sun Temple at Konark, Odisha, the Khajuraho temples of Chhatrapur in Madhya Pradesh, and Tunganath temple—the highest temple dedicated to lord Shiva in Uttarakhand among many others.

The spiritually inclined throng to Dharamshala, the seat of  Buddhism in India while many other choose to go to the mountainous regions of Rishikesh, considered the yoga capital of India.

For those seeking scenic opportunity, Varanasi is an appealing place with its awe inspiring Vedic rituals along the banks called ghats, and the frequent appearance of yogis, mendicants and sadhus going about their business, offering a unique unforgettable experience.

Known the world over as the land of the finest tea, while in India, tea lovers can indulge in tea tours and treks across verdant lush green tea gardens in Darjeeling in North Bengal, Assam in the North East, and Nilgiris in the south.

Looking east, there are popular spots along the Colonial trail where you can visit places like the Victoria Memorial, Chandernagore, Bandel, Serampore and Chinsurah in the state of West Bengal, the capital of which Calcutta (Kolkata) used to be headquarter of the East India Company and capital of the British Raj. The city also is a intriguing draw for many filmmakers, writers, artists, movie actors and visitors with a creative bent, as it’s the cultural capital of India as well as home to the famous Dalhousie square, which used to house all the colonial buildings, clustered around a town hall and administrative offices.

The national animal of India is the Royal Bengal Tiger and animal lovers often include a visit to Sunderbans, the Kanha forest, and the Ranthambore forest in their tour plans. Wildlife sanctuaries in Manas and Kaziranga in Assam are also popular destinations as the famous Indian one-horned Rhino is the star attraction and a playful herd of elephants that offer tourists a joyful safari.

For beach lovers the Andaman and Nicobar islands in the bay of Bengal and western state of Goa and its beach life are an annual destination, especially at New Year’s.

India is a vast sub continent and is blessed with a rich and varied historical and cultural fabric, vibrant population, interesting geographical terrain, along with surprising contrasts of old and new that never fail to impact the visitor.

For many India is just not a place, it’s an emotion, the impact is like having been in various lands due to its unique nature. It enchants, it surprises, it disappoints and yet it leaves the heart warmer for those who have really seen or felt it.

Perhaps it can be best described in the words of the famous American celebrity chef, intrepid traveler, writer, and journalist, Anthony Bourdain, “Travel isn’t always pretty. It isn’t always comfortable. Sometimes it hurts, it even breaks your heart. But that’s okay. The journey changes you; it should change you. It leaves marks on your memory, on your consciousness, on your heart, and on your body. You take something with you. Hopefully, you leave something good behind.”