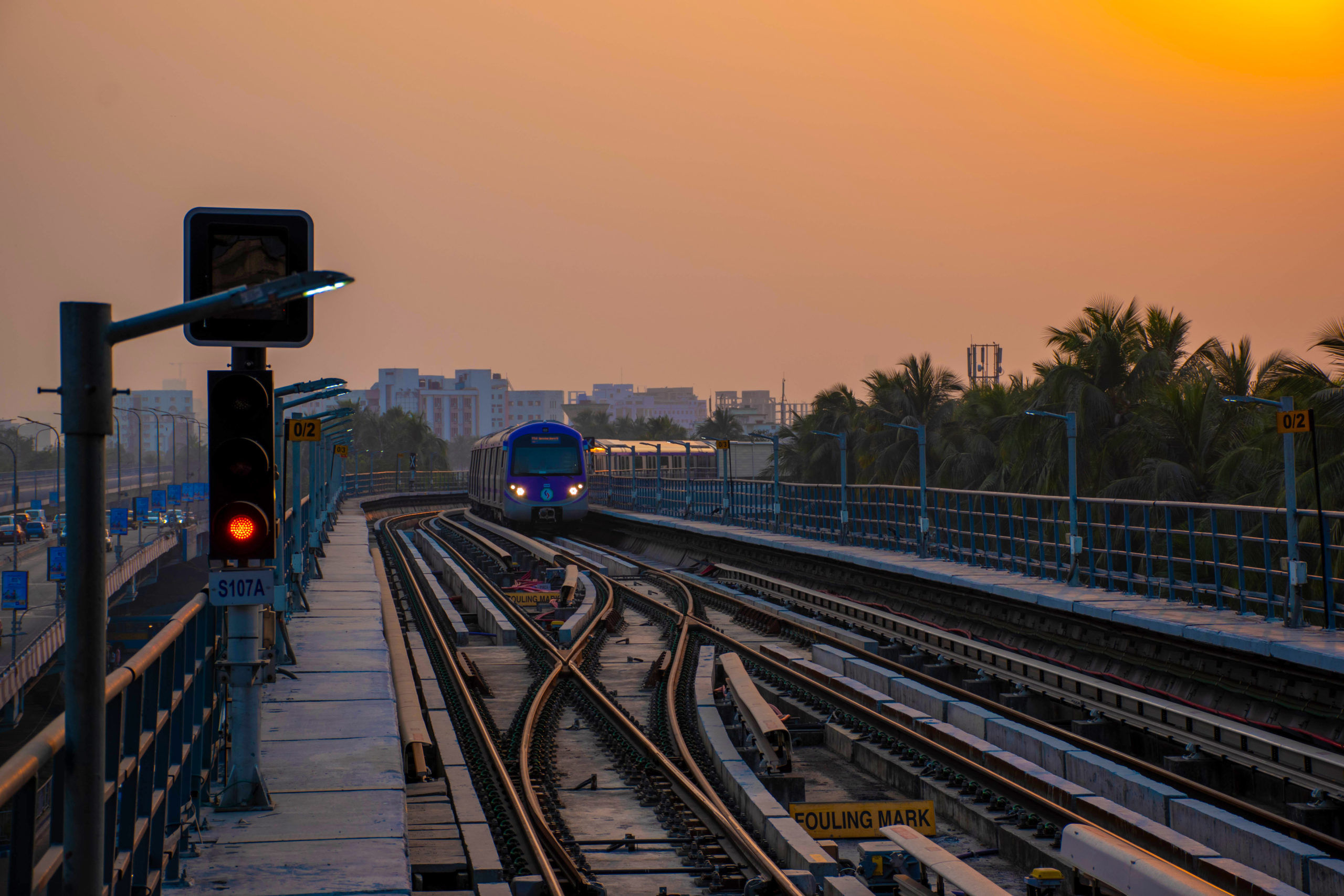 Kolkata, a thriving metropolis, is home to around 5 Million residents, and it is estimated that around 1.5 million people come daily from suburban and rural areas to earn their living and go back in the evening, making it the 13th most populous city in the world.

The metropolitan area is spread over around 1900 sq. km. and is also the main business, commercial, and financial hub of eastern and north-eastern India, as well as the only city in this part of the country to have an international airport.

The city is in dire need of a complete overhaul of its urban transportation system. Only 6% of the area of Kolkata is available for roads (as compared to 20% in similar metropolitan areas of India) and its projected that the vehicle population shall exceed 4 million in 2025 and transit trips shall be well over 40 million by then. Expansion of roads and highways is not a solution to address this enormity.

A Metro network was identified as the only viable option for the city’s population, with a dual target – to ease the pressure on roads by encouraging the inhabitants to use the Metro instead of conventional travel by car, and also to reduce carbon emission from vehicles.

The City saw its first metro line and now the second one – which has been christened the East-West Network Corridor connecting Howrah on one bank of the Hooghly river with Sealdah – located on the other bank of the same river. The East West Corridor is also unique since a part of the corridor passes under the Hooghly – a first in India. Incidentally, Kolkata is also the first.

A person whose hometown is Kolkata, Mr. Kalyan Sen, Joint General Manager, Finance and Accounts, Afcons Infrastructure Limited, who is also a part of the organization that was involved in both phases of Metro construction (in 1971 as well as today) remarked– “I am eagerly looking forward to boarding the train in Howrah and de-board at Sealdah. That day is not very far off – maybe a year from today.”

Kolkata was the first Indian city to have a fully operational Metro in 1984, though work began in 1971, when former Prime Minister Indira Gandhi inaugurated its operation on the stretch between Dum Dum and Garia.

The city  is getting its second metro line after a gap of 36 years. Mr. Piyush Goyal, the Central Railway Minister, this February launched the first phase of the city’s East West Metro Line from Sector V in Salt Lake, Kolkata.

It’s a 16.5 km stretch which will connect Howrah on the West bank of the Hooghly River with Salt Lake City, the IT Hub on the East Bank. About 10.8 km will be underground and 5.8 would be elevated as the remaining portion. The underground portion stretches from Phoolbagan and Howrah Maidan, the stretch having a total of six stations over a 12-km distance. For now this is the section that will be in operation.

The portion under the Hooghly River will only begin operating in 2021 after construction of the entire stretch is complete. The tunnel will cross the Hooghly river between Mahakaran and Howrah station and passengers will be able to cover this distance in about a minutes time as the train speed is estimated to be around 80km/hour.

There is much excitement surrounding the project that is being executed by Kolkata Metro Rail Corporation as once again the city will be the first in the country to have a metro train that runs under a river (the Hooghly). The project executors are Kolkata Metro Rail Corporation (KMRCL) with financial assistance from the Japan Bank of International Cooperation (JICA).

With this unique and ambitious, first-of-its-kind underwater metro service in the country, Kolkata joins the ranks of other international cities like London, New York, San Francisco, Singapore and Hong Kong.

Earlier, Minister Goyal had stated that such a project was an example of excellent engineering and a symbol of progress of the railways in the country. The metro is built with state-of-the-art modern facilities that will reduce total travel time, make travel easier, and provide advanced in-class service for the citizens of Kolkata and its suburbs.

The metro project involves the tunnel crossing underneath the Hooghly River for approximately half a kilometer. According to published data, the tunnel would be below water at a depth of 13 km. Two tunnels, bored at a distance of 13 meters, are for the outbound and return trips.

Two German machines were used for the tunnel boring.
The metro may be considered technologically on par with Eurostar high speed railway service that crosses through the Channel tunnel between the UK and France. According to the published data, the estimated project cost is around Rupees 9,000 crores. According to officials, approximately 2100 passengers at a time will be able to take advantage of the service consisting of six coaches. Trains would arrive at 90-second intervals.

An obvious, and possibly the most important, challenge was to ensure that there would be no water seepage. The tunnel is designed in such a way it is made of rings of 1.4 m width with a special gasket that would swell up in case of any seepage or water contact. The project cost is increasing and might touch 8,500 crores till its operational by 2021.

Most daily passengers traversing the distance from Salt Lake to Howrah, or vice versa, frequently complain about the delays and hassles they currently encounter.

The metro, once in operation, would greatly reduce travel time and passengers would not have to use the ferry service between Howrah and Kolkata and also avoid above-ground travel times of almost an hour and a half.

The service would greatly lessen pollution which is very important as most countries around the world are consistently striving to lessen carbon footprints through alternative options. Safety measures inside the train include fireproof seats, smoke detectors and cameras. According to a report, by 2035 this project would attract commuters numbering around 10 lakhs.

Suroopa Chatterjee is a Kolkata-based Writer.