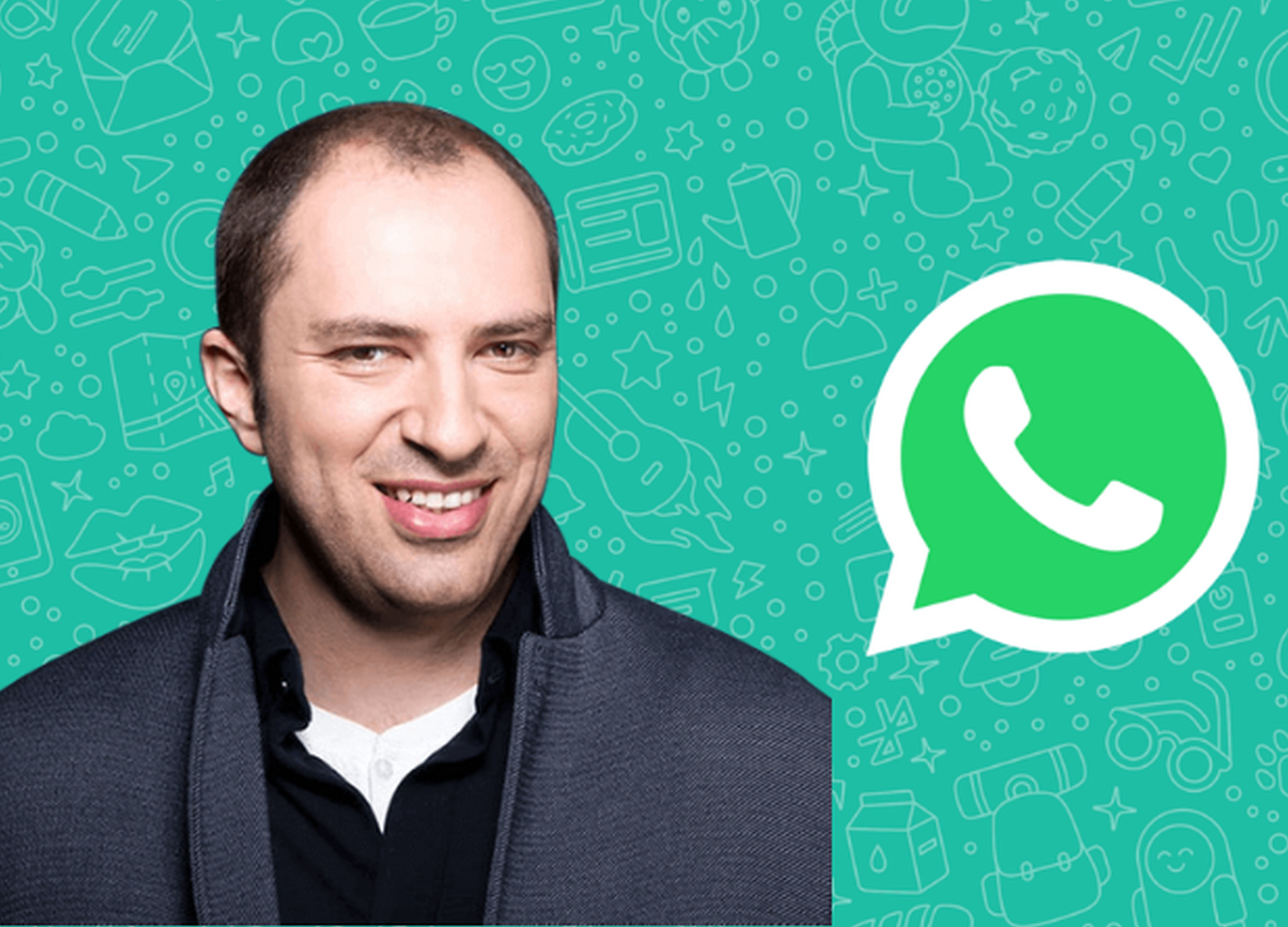 There are stories to be told. Even the most difficult ones should be told and sometimes they have a happy ending.
This is what happened for Jan Koum, a Ukrainian from Kiev. Jan’s parents were Ukrainian Jews looking for a way to get to America. He was sixteen when he moved to California with his mother and Grandmother in 1992, where they faced enormous difficulties with basic survival and had to rely on government assistance.

His father, an executive in the construction industry, remained in Kiev. Both Jan and his mother were struggling, working low-paying jobs in Mountain View, Northern California, right in the middle of Silicon Valley. At the age of twenty, he enrolled at San Jose State University while working at Ernst & Young as a cybersecurity officer. It was here that, in 1997, he met Brian Acton, who would become the co-founder of his future project. As young techies, they move to the nascent Yahoo.

How do you realize the “Ukrainian-American dream”, when life presents extreme obstacles? When it comes to intellectual endeavors, Ukrainian immigrants stand out. They are mathematicians, scientists, and university professors, they work in scientific laboratories and research centers. Some, such as Harold Bloom – the greatest literary critic in the English language and whose family origins can be traced to Odessa – have become famous in the United States.

Still an unknown, Koum has Steve Jobs to thank for the success of his future adventure. In fact, thanks to iTunes and the AppStoreas well as the first iPhone, in 2008 Jan and his friend Brian Acton realized that there was a message that didn’t have to wait. The instant message.

In January 2009, after Koum purchased an iPhone, he realized that the newly minted AppStore, in operation for only seven months, was about to generate a whole new App industry. Jan spoke with Igor Solomennikov, a Russian programmer, and started developing a mobile App. He also consulted with his friend Alex Fishman and other hackers. He decided that his concept needed to have a simple name. He transformed the American slang “What’s up?” into the brand WhatsApp.

A week later, on his birthday, 24 February 2009, he registered a company under the name WhatsApp Inc. in the state of California. Success was by no means immediate for Jan Koum. When WhatsApp was released to the public, it was very unpopular: it garnered very few users and crashed regularly. Jan was about to give up and look for another job, but thanks to the encouragement of Brian Acton, he kept pursuing his dream.

The App gradually gained ground as a way to exchange messages instantly and at no cost. WhatsApp’s user-base continued to grow and, on February 19, 2014, Facebook bought the application, which at that point had reached 600 million users. Jan and Brian pocketed $19 billion. The largest acquisition ever in the Bay Area.

Seven years later, in 2021, Europe and India have come together; two Italian-Indian companies, Mill’s and Mathemi, intend to explore the business market for new Apps in IM Instant Messaging, an industry founded and developed by Jan Koum and Brian Acton. The founders of the Milan-based Mill’s, researchers into IM, say that we are on the eve of a transformation. The estimate is that, globally, 4 billion IM users save $70 annually by using IM rather than SMS, so Instant Messaging generates over $300bn in value.

From Gurgaon, the developers of Mathemi note that the Indian messaging market (WhatsApp, Telegram, Signal, Viber), is already 500 million users. And, India is already the best IM lab where, thanks to the alliance with Reliance and Jio-Mart, WhatsApp will soon launch a frontal attack on Amazon and Flipkart on the e‑commerce front.
On the other end of the spectrum, Mathemi aims to bring Indian technology to Europe in the second wave of instant messages, which will be better adapted to European needs.