Alba, the Gulf’s smelters and the Aluminum Rush 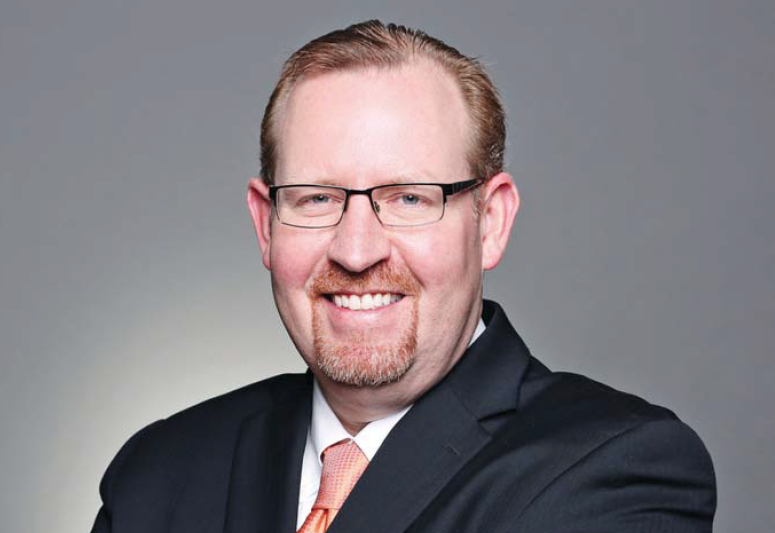 Tim Murray has been Alba’s CEO since October 1st 2012; he joined the company in 2007 as the General Manager of Finance and also held several other roles including: Chief Finance & Supply Officer, Chief Finance Officer and Chief Marketing Officer.

Had you worked in the Aluminum industry before this time?

No, I worked in the automotive industry before. I worked for a company called ARC Automotive who made airbag systems.
They had a factory in Italy in Colleferro (Rome) which was part of Fiat B.P.D. and our company. They’re no longer producing. It was closed a couple of years back. It was a fairly big factory. It was about 450 people, which in Southern Italy was big. So, I’m an ex-automotive person.

Regarding the equilibrium of supply and demand on a global level of aluminium in the short to medium term, what do you think is the next step for a company like Alba? Compared with other smelters, what is the particular role of Alba?

If you look at the world I think that the aluminium industry is in pretty good shape in terms of supply and demand. I think the demand is good; we’re growing at 5% to 6% per year. We have had heavy substitution into automotive, which is a benefit to us and a detriment to steel. The same thing in the wire cable business, they’re replacing copper with aluminium so we’re benefiting from substitution. Base consumption is good in terms of basic packaging, cans, everything that people use.
Then if you look at construction around the world, I think it’s relatively stable; North America is picking-up and even just a small pick-up in North America is considered as a very big market.
The Middle East infrastructure spending is very high. Europe is down but it is relatively stable; Europe is about 14% of our sales so it’s okay. Asia is clicking along; China is down a little bit but nothing drastic. From our perspective, we forecast that the world will be in a deficit this year in terms of consumption versus production for aluminium. I think the drop in the oil prices, which (maybe) is not good for the Middle East in terms of consumption, should be good for our metal because if people have more money to spend they’re going to buy cars, they’re going to spend on stuff for their houses, they’re going to consume. So the drop in oil means that we might benefit in terms of consumption.

The Gulf’s role is increasing in the global aluminium market. If we consider what the GAC’s Mahmood Daylami has said, that Arab Aluminium has a unique role to play in the next steps for the global market, do you think that now is the time to make downstream investments?

I think if you look at the Gulf you have five million tons, so that’s roughly 10% of the world production (Figure 2). If you exclude China it’s 20%. So, obviously the biggest growth of production has been in the Gulf region. In terms of downstream, I think that – other than Bahrain – we’re a bit behind. You’ve done the smelter production but if you look at the downstream, there’s not a lot of big downstream other than in Bahrain. Then Saudi and Ma’aden
are ramping-up their rolling mill, which will be fairly large, but if you look at Dubal, Emal, Qatalum and Sohar there’s not much at this stage. I think you want to keep as much value as you can in the country. I think that in terms of location it’s a good location, we have a pretty skilled workforce, English is widely spoken, the tax environment is good, and logistics are generally good. To me there’s no reason you can’t have bigger downstream, I would push much more because you have the metal here so you have the value of the asset; at the same time you draw people here to create employment and economic benefit.

Our biggest growth area has been the U.S. Last year they were about 5% of our sales, two years ago we had zero, so we’re pushing more into the U.S. It’s a very good, growing market – particularly in construction and billets – they’re short a lot of metal. They’re importing about 2 million tons. If you look at our sales we have about 50%, which is in Bahrain, then we have another roughly 17–18% in the other countries in the Middle East – the majority is Saudi – then we have 14% in Asia and 14% in Europe and 5% in North America. That’s our ‘split’. We would like to balance a little bit more, particularly in Saudi as Ma’aden ramps-up as we assume that some of our Saudi market will go away. What we want to do is to push some of that metal into the United States. Also as we creep, we’re creeping around 10 thousand tonnes, we’re pushing that into the North American market. We’ve been maybe too top-heavy in the Middle East.

Information and technical development, the greatest significant role in global aluminium, what is the main activity undertaken along these lines?

As you mentioned earlier, people are so important as is corporate pride and unity. As you know there are many problems for workers in the GCC, such as the recent issues in Qatar where some people died. In this context, Alba is a shining example.
Of course we are very impressed that you believe strongly in team building and in the education and training of your executives and your work force. Yes, if you look at the safety campaigns that we’re doing, we’re doing a lot. We just launched a new one. We’re doing those campaigns every 6 months just to keep the momentum and to keep it fun. In terms of training and development, that’s another ongoing process. We have a great deal that we do internally; we have one-day and two-day workshops where we take a movie or a book and turn them into a workshop. We are also bringing people in. We bring in universities and institutions from Europe, the UK and the US. We are sending people for education, for MBAs and also for the BSE we’re sponsoring at the bachelor’s level. I think it’s critical, because in the end, as my former CEO used to say: you’re in the business to make money and you’re in the people business and they’re linked, so don’t think you can do one without the other.
We are a big industry here and it’s fairly labor-intensive industry so we do have a big workforce. If you look at the people in Alba, this is their life; they will work here their whole lives. There are generations who work here, there are sons and there are daughters. To me, we have an obligation, a duty, to provide the platform to develop them, to train them and we are a big, global business. Here you can start as an operator, you can become an engineer, you can go into marketing, you can go into finance, because it’s one, giant site.