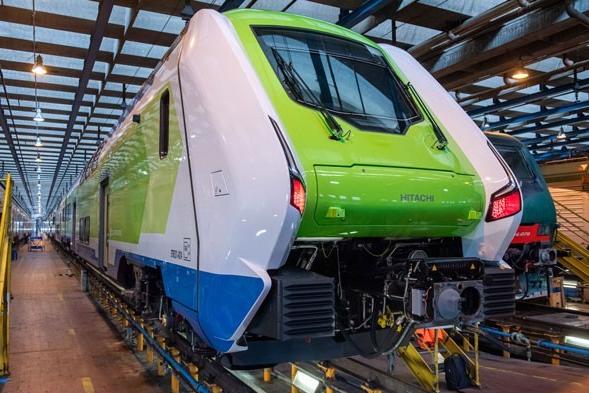 The Italian company Metra, the world leader in aluminium extrusion, today belongs to the American fund KPS Capital Partners specializing in investments in the industrial sector, including in aluminium, and is also known for its acquisition of the rolling mills of the Norwegian company Hydro.
After sixty years Metra thus enters an international dynamic, as happened to its greatest partner: Permasteelisa.

Metra has written the history of downstream applications of light metal in Europe. The company has been a constellation for decades, a premier technology hub, with four factories in Europe and an industrial branch in Canada. Its expansion is the result of the intersection between the Bertoli, Marinelli, Zanetti, and Giacomelli families.

This is confirmed by Metra’s CEO Enrico Zampedri, who for the last three years has led Metra on the path of growth in financial equilibrium. Coming from the healthcare and hospital sector, where he directed some large institutions in Rome, Zampedri provides Art Valley with the most up-to-date scenario for Metra.

The acquisition of 75% of the shares of Metra SpA by the American fund KPS Capital Partners, also engaged in the rolling sector (formerly Hydro) complementary to Metra’s extrusion sector, has been announced. What are the prospects for this operation?

The goal is to build around Metra a new development platform in the aluminium extrusion sector and value-added activities (machining, finishing, welding) both with organic development operations and acquisitions, rather than transversely in the lamination sector. Certainly, the fact that the fund has important involvement in the aluminium sector could bring significant indirect benefits.

What are the main international projects in the building sector?

Metra has grown a lot in the last few years in major construction (Curtain Walls), establishing itself as a worldwide reference supplier for project-based external casings. From a commercial and technical point of view, we will therefore be able to count on the strength of Metra, while the support of KPS can bring a great benefit in terms of financial capacity for even larger projects.

What are Metra’s emblematic projects in the rail transport sector? Let’s think, for example, of the Alstom — Bombardier duo where Metra is involved.

The railway sector is experiencing moments of great ferment. There are large corporate groupings, and Metra is involved in the Alstom — Bombardier project.
And then there is the impetus for infrastructure projects from the recovery plans of various countries. After all, rail transport (in particular with aluminium trains and hydrogen propulsion) offers undeniable strengths in terms of the green and circular economy. With the investments made, we are therefore in a position of great strength and competitiveness to engage in these opportunities: this was one of the elements that led KPS to choose to invest in Metra.

Which international markets are you focusing on?

Metra’s strategy, up to now with its own strength, has been development in the European and North American markets. Over the next few months, we will evaluate other strategic development options for both sourcing and commercial development in countries where we had no, or only a marginal presence up to now.

The history of Metra between Europe and the USA

Metra is an entrepreneurial example that reflects a macro-trend underway in the aluminium sector. The cooperation between the Bertoli, Marinelli, Zanetti, and Giacomelli families was also a winner for the American adventure. In the advancement of Metra technologies, a compelling role was played by Eng. Mario Bertoli, a brilliant and far-sighted executive, one of the founders of the modern industrial company, former president of the European Aluminium Association, and of Assomet, the Italian Association that brings together non-ferrous companies in Italy.

Before Metra in Italy, there was mainly a myriad of aluminium extrusion and die-casting companies, concentrated in the Brescia hub which is certainly the largest in Europe. Since the 1980s, Metra has grown in various divisions, facing the great structural challenges of the curtain wall and rail transport sectors. The projects have expanded and the investments have created an industrial combination of different businesses.

Differentiated extrusion technologies: in the last 30 years different skills have been born in the subcontracting of moulds and in the design of windows and curtain walls using dedicated software. Metra is the main applied research laboratory for industrial aluminium for both construction and transport.

Mario Bertoli declares in this regard: “We believed in the diversification of strategic business areas. We have gone from total dedication to the world of construction to a wider and more innovative range of products, capable of serving the industry in its most diverse meanings. Diversification, through risk splitting and flexibility, has allowed the company to overcome negative cyclical phases.”

The other major Italian and international player in aluminium in construction is Permasteelisa, founded by Massimo Colomban, also merged today into an American fund, Atlas. In fact, the intellectual exchange and personal friendship between Massimo Colomban and Mario Bertoli have marked the history of contemporary construction and ergonomic architecture.

This winning combination has made Permasteelisa the industry leader for over twenty years with the construction of some of the great iconic buildings worldwide, such as the European Parliament in Brussels and Strasbourg, the Louvre Pyramid in Paris, the Palazzo Della Regione Lombardia, in Milan, as well as several skyscrapers in Manhattan including the Goldman Sachs headquarters, the Hearst Building, 7 World Trade Center, The Westin New York at Times Square, and the Times Square Tower.