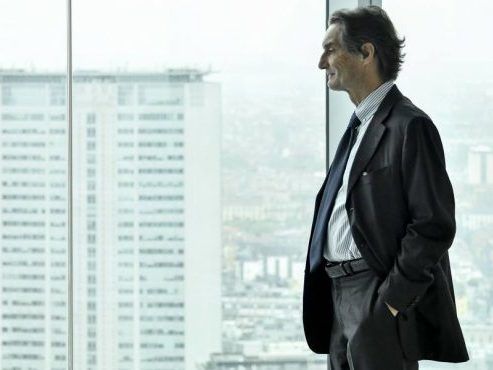 “I blame Europe not for its action but its absence”

Attilio Fontana is the President of Italy’s Lombardy region. It was in this region, near the city of Milan, that SARS-CoV‑2 first gained a foothold in Europe. While the economic heart of Italy is still mourning over 16,000 deaths, it is now beginning to reopen to tourists and business. The health crisis has rekindled the rivalry—never fully extinguished—between Milan and Rome, with Attilio Fontana often taking the initiative ahead of the central government. Autonomist but European, he embodies the more moderate wing of Italy’s Lega.

Jean Rognetta: Your region, Lombardy, was the first hit by the epidemic and among the most severely affected. You have also lifted the lockdown before France. What is the situation today? How will phase 2 be implemented?

Attilio Fontana: Well... for the moment the numbers are quite encouraging. We’re seeing a dramatic reduction in hospitalizations, intensive therapies, and the number people infected along with a decrease in the rate of infection... If things continue to move in this direction, we will have made it through.

Jean Rognetta: From fashion to culture to tourism, Milan has a global reputation and depends on international activity. More generally, the closure of international trade and European borders, as well as borders within Europe, are currently the primary cause of the recession and the main obstacle to economic recovery. How do you restore confidence? And, how long will that take?

Attilio Fontana: That’s difficult to say... some areas of Lombardy were hit harder by Covid-19—the provinces of Lodi, Bergamo, Cremona and Brescia—than others, which suffered far less. But it seems to me that we can compare it to what happened in other big cities around the world: New York, Madrid, parts of England... Everything will depend on our ability to respond positively to those who have to come to Milan. When the infection rate falls to acceptable levels, around 0.1% to 0.2%, remaining fears will be calmed.

Jean Rognetta: This heterogeneity between different areas of a country, such as Milan and Bergamo or Paris and Bordeaux, is a phenomenon that has occurred across the board. For now let’s talk a bit more about the economy. Historically, Lombardy is Italy’s number one industrial region. To what extent do you think production supply chains can be re-localized? This is an important debate in France today: how to repatriate what was being produced in China or at least abroad, how to unravel these complex international supply chains.

Attilio Fontana: This pandemic is raising a lot of questions about the future of the economy but also about our businesses, which up until 20 February 2020 were convinced of their power. They believed that they were capable of resolving any problem.  All it took was a virus to plunge us into serious difficulties. Let’s take surgical masks and gowns as an example. We see companies reconverting to the production of this type of product—an industry that had dried up here because production had shifted to countries with lower labor costs.  When we had a pressing need, we couldn’t source these products internationally because the producers were keeping them for their own use.  At that point we realized that we needed to regain our capacity to produce these types of products in our own country.  I believe it will be useful to reflect on globalization and on the ways in which our economy will have to develop.

Jean Rognetta: Another hotly debated topic in France, on which you’ve taken a position, is the proper level of governance.  Different regions suffered different impacts depending on differences in population density, and other factors.  Today, we wonder about the strength of Germany’s decentralized system when compared with France’s centralized, Jacobin model.  Italy is in an intermediate position. As head of a region comparable to Ile-de-France, you’ve established a strong relationship with the central government.  What is the proper level of subsidiarity, especially in terms of economic and healthcare policies?

Attilio Fontana: After this experience, I am even more convinced of our country’s need to become more autonomous, more federal, that subsidiarity is increasingly valuable.  Rather than a long discussion, allow me to give an example. The Italian Constitution (in Article 117‑Q) says that international prophylaxis—and thus the pandemic—are the sole responsibility of the national government. Well, over these last months, if we hadn’t gone beyond our area of responsibility, and if we hadn’t given our fundamental cooperation, it’s likely that we would still be waiting for the national government to provide masks [to Lombardy].

Jean Rognetta: What economic measures can regions, rather than the state, take to promote economic recovery?

Attilio Fontana: In the balance sheet of a public entity [such as Lombardy], the resources for current expenditures (wages, public spending, healthcare, etc.) are transferred to us only for a predetermined use: 95% of State funds are allocated before we even receive them. We have more latitude in the area of investments. We’ve made 3 billion euro available to our regional territories over the next two years. Of which 400 million are linked to public investment this year. Our 1,500 municipalities will benefit from this aid which is focused on starting public works right away: small, medium and large scale, depending on their needs, but immediately! In this way, we’re directly injecting cash into the economy to achieve the greatest capillarity, supporting the largest number of companies, which can resume their activities, participate in tenders and have liquidity. The remainder of our resources are dedicated to social policy, supporting families and the disadvantaged. As for the last bit, we’ll invest that in trying to help those sectors that have been hardest hit: tourism, SMEs, neighborhood businesses, which in many cases may not recover.

Attilio Fontana: So many things should have been done at the European level. I believe deeply in Europe and I hope that I’m wrong. But it seems to me that it lost a great opportunity to show solidarity with the countries most affected and to demonstrate its capacity and power. And also to show everyone how difficult it is to move forward without Europe! We believe that decentralization helps the smooth functioning of our country, but we also support the unity of the Italian State and we have faith in Europe. Of course there are criticisms to be made, as I have just done, but that’s because Europe needs to improve. The European Union should be strengthened, with new competences. It should be able to intervene directly in many areas from which it is excluded. I blame Europe not for its action but its absence! It must become a reference point for all member states, one to which we can turn in order to draft our policies.

Extract of Attilio Fontana’s interview with Forbes France in collaboration with ArtValley, from 7 June 2020.