Looking beyond the pandemic 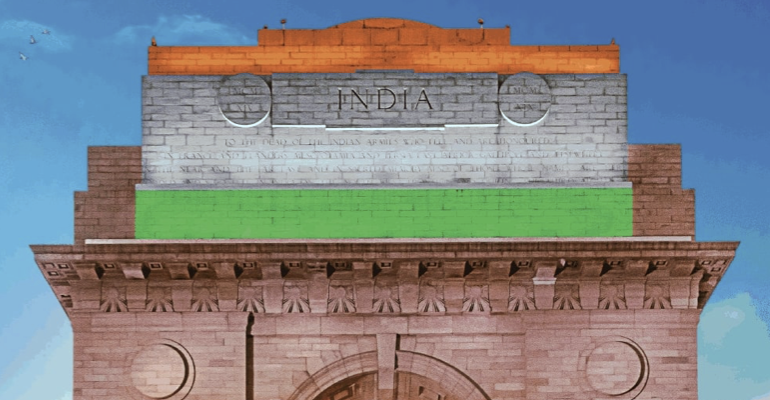 By Suroopa Chatterjee and Bonnie McClellan-Broussard

The new stimulus package announced in May by Prime Minister Narendra Modi — valued at Rs 20 lakh crore or about $266 billion — is designed to support both individuals and businesses on India’s challenging road towards economic recovery.
At a news conference to release the mid-year World Economic Situation and Prospects (WESP) update, the UN’s Development Research Branch chief Hamid Rashid remarked that “India has a domestic commercial market and large capacity to implement that large stimulus package.”

According to economic indicators such as Manufacturing PMI, GST collections, and industrial output, India has started gaining lost ground with some sectors showing signs of revival and growth, many surpassing pre-pandemic times. With an increase in government spending, and stable FDI, experts are expecting a growth increase in the industrial and consumption sectors.

Specifically, figures released by the industry department in late April of this year showed that while the output of coal, crude oil and other petroleum products, as well as fertilizers showed signs of contraction, natural gas, steel, cement and electricity were in strong expansion.

In addition, two significant areas show promise of resurgence as India deals with the second wave of the pandemic.
According to rating Agency ICRA, the domestic mining and construction equipment (MCE) industry looks to make a strong comeback, as it showed signs of recovery since late June last year, with a year-on-year growth of 20–22% in Q3 of CY20.

While there is obviously volatility in the market, in mid-May the Hindu BusinessLine reported that ICRA still believes it will be possible to see 15–20% growth in CY2021, quoting Pavethra Ponniah, Vice-President and Co-Group Head, ICRA, as saying: “Support to ICRA’s equipment demand estimates originates from the GoI continuing its ‘Build India’ momentum to counter the economic slowdown and the ample liquidity in the ecosystem. Tailwinds from any pick up in State capex, compared to the pullback in FY2021, and strong construction activity picking up in other sectors like ports, metros, and airports, could aid demand.”

Two new iron ore mines were also inaugurated in February 2021 in Odisha with a production capacity of 15 lakh tons per month and around 275 million tons of consolidated iron ore reserves. These mines would bring in approximately 5000 crore (US$679.28 million) in annual revenue for the state and employment opportunities for locals according to published reports.

Of course, increased production means transport has to be made more efficient, and February of 2021 also saw the signing of a contract between Coal India and CRIS (Centre for Railway Information Systems) to track movement of rakes laden with fossil fuels and coal dispatch activity. In a statement reported by the Business Standard earlier this year, a representative of Coal India remarked: “The pact assumes greater significance at a time when CIL is pushing for increased rail evacuation and gradually reducing the road movement of the dry fuel. The real time data helps us in better planning.”

The construction equipment (CE) industry is witnessing two blooming categories — one in infrastructure projects in rural India and the second is towards a strong healthcare system, the  two  being viewed as major drivers in the future for the CE industry. In addition, the gradual rollout of 5G in India, though now delayed, is expected to help India’s manufacturing sector, while highways and roads will continue to be a major catalyst for growth in the CE industry.

Construction projects in rural India — including expenditure on housing and irrigation — has been a major demand factor for construction equipment ever since the arrival of the pandemic. Schools, colleges and industries have to be built in rural areas while increased road-building and infrastructure are set to spur even more construction activity.

However, the pandemic has made it necessary to reconsider how to implement a more robust healthcare infrastructure. Experts feel  the need for a higher allocation of budget in the health sector, as reported in Business Today, Metropolis Healthcare Promoter & MD Ameera Shah said, “The lack of adequate public health infrastructure in India combined with a high out-of-pocket expenditure imposes a high financial burden on Indian households and therefore increasing the healthcare budget allocation in the coming decade is of utmost importance.” Current budgetary spending is estimated at about 1.3 % of GDP but many healthcare experts feel it needs to step up to at least 5% to bring India at least on par with China.

Of course, economic recovery and growth in India will depend heavily on the implementation of proposed infrastructure projects.
The government is keen to give a massive thrust to infrastructure development by making approximately $1.4 trillion in investments up to 2025. The North East region of the country is expected to see about $350 billion of investments in road infrastructure. Of course, digital infrastructure will be part of this as well, something that will be supported by the recent agreements to move forward with the EU-India Roadmap 2025, which aims to implement projects including submarine cables, satellite networks and 5G connectivity.

As India navigates the ups and downs of this global crisis, UN development expert Hamid Rashid’s remarks in a recent television interview offer some welcome perspective: “A crisis often presents an opportunity, and making the right investments can have a multiplier effect in steering the economies to a recovery, while also making a monumental difference in people’s lives.”