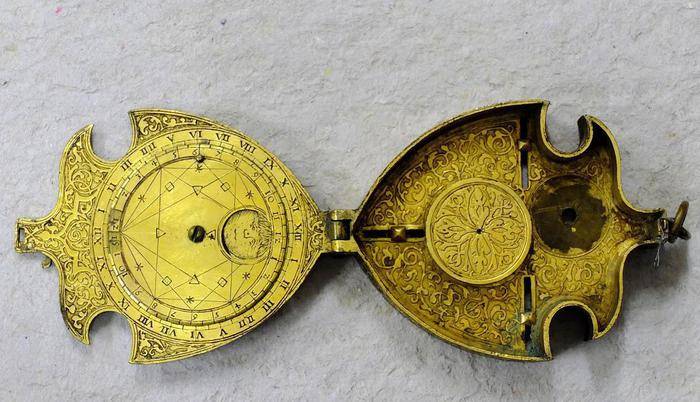 Janello Torriani (Giovanni Torriani) was born in Cremona around the year 1500. The son of a small businessman, he was most likely educated at a grammar school before being sent to a workshop as an apprentice blacksmith. Even as a child he showed a propensity for mathematics, which at the time consisted of arithmetic, geometry, astronomy and music. In 1529 he was given the important task of restoring the Torrazzo clock and by 1536 Janello had his own workshop in San Prospero.

Torriani came to the attention of Emperor Charles V at the time of Charles’ coronation in 1530 as King of Lombardy. The emperor had issued an edict calling for a skilled clockmaker to repair the famous Astrarium, or astronomical clock, built in the fourteenth century by Giovanni de’ Dondi in Padua. When Torriani discovered the famous Astrarium was too damaged to be repaired, Charles V ordered him to build a new one based on the same design. Torriani studied the astronomical instrument for twenty years and built its replacement by hand in three-and-a-half years; it included some notable improvements in the mechanism and was considered an amazing technical accomplishment by his contemporaries. This incredible device was made possible thanks to Torriani’s invention of the first machine tool for cutting gear teeth. When the Emperor abdicated and retired to the monastery of Yuste, the clockmaker followed him and remained there from 1557 to 1559.

After the death of Charles V, Janello Torriani moved to Madrid where he worked at the court of King Phillip II. Here he made calculations for the casting of bells for San Lorenzo El Escorial and astronomical observations. He also designed and supervised the construction of a massive hydraulic engineering project: the Artificio de Juanelo which were two devices built in Toledo between the late 1560s and the early 1580s in order to supply the city with a source of readily available water by lifting it from the Tagus river to the Alcázar. The two machines were able to raise the water from the river to a height of about 100 meters over a distance of 300 meters and provided the city with approximately 40,000 liters of water per day.

His other inventions included spring-wound portable mills, combination locks, and the innovative use of gimbals. While these creations ensured Janello Torriani’s enduring reputation, continuing issues with collecting payments created serious economic problems for the inventor. In the early 1580s, an octogenarian Torriani went back to work writing a treatise and inventing computational tools to use for the calendar reform promoted by Pope Gregory XIII. The Cremona-born clockmaker, engineer and mathematician died in Toledo in 1585.