Mango: The fruit that holds an entire nation in summer’s sway 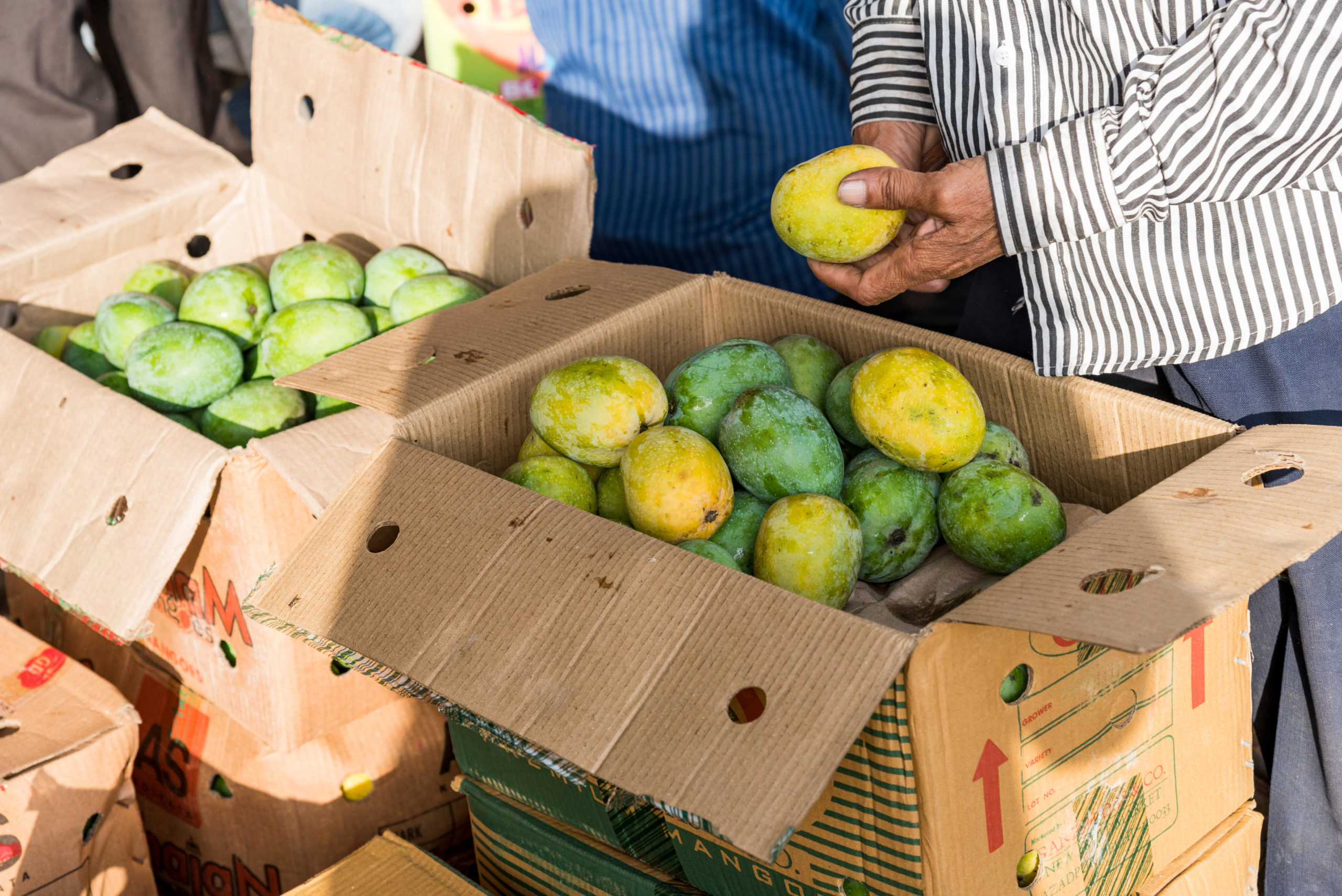 There is a saying that monsoons and mangoes are the only things that make one love Indian summers.

No fruit is so intimately and historically stitched into the Indian ethos as the Mango. The mango is King in India, enjoying a lofty status. India soars to mango madness from late March to early August. The fruit tree, bearing the scientific name Mangifera Indica, flourishes in humid weather with rainfall ranging from 890–1,015 mm in a year. Ideally, it grows in loamy, alluvial, well-drained, aerated, deep soils.

Early in March 2021, India’s Agricultural Ministry stated “the Mango production in the country is estimated to increase by 4.24% to 21.12 million tonnes in the crop year 2020–21 ending June. The Ministry added that the output of mango stood at 20.26 million tonnes during the 2019–20 crop year (July-June).”

India is a global leader in mango production, producing around 20 million tonnes of the fruit. Uttar Pradesh is the state that ranks first in production with a share of about 23.47% of the total. More than 1500 varieties of mangoes grow across India. Leading producers are Uttar Pradesh, Bihar, Gujarat, Maharashtra, Goa, Karnataka, Tamil Nadu, Andhra Pradesh, Odisha and West Bengal.

The ‘Alphonso’ cultivar occupies the exalted position often referred to as King of mangoes. It is widely exported with 60% being sent to the Middle east. It is grown in Ratnagiri region of Maharashtra and some western regions of Karnataka and Gujarat. Other notable varieties of mango produced in India include: Safeda, Saroli, Dussehri, Langra, Chausa, Himsagar, Badami, Rumani, Totapuri, , Kesar, Sindhoora, Neelum, Gulab Khas, Mallika, Imam Pasand, Malgoa, Kishen Bhog, and Raspuri.

The fruit is eaten ripe, raw, converted to chutneys, sauces, pickles, jams, jellies, added to desserts and curries, made into drinks and interestingly also made into a popular sweet known as ‘mango leather’ particularly in the coastal states. Since mango is considered a rich fruit laden with sugars, apart from its fibrous nature being a great digestive, it is also a source of worry for diabetics. Recently, two Gujarat based farmers in Junagadh and Gir Somnath have cultivated a new variety called ‘Tommy Atkins’. Supposedly it has a unique quality: it doesn’t increase blood sugar levels when consumed. It has a dark violet colour and red pulp. It is also known as ‘Black Mango’.

“It is all the craze for the people in the US. They prefer more of Black Mangos because of their diet that they follow. This mango has more fiber and is great for health-conscious people. But the eating habits of India are a lot different. Here, mostly Kesar and Alphonso are preferred since Indians like more sugary fruits. However, it can still be consumed by Indians as well — specifically those who have a blood sugar problem,” said Dr DK Varu, professor and head of the Department of Horticulture at Junagadh Agricultural University in a published report.

The biggest testimony of the adulation the fruit enjoys can be observed by the fact that mango festivals are held all over the country. The International Mango festival, held in July each year at Delhi, has grown in popularity over the years. This festival was started in 1987 at the Saharanpur orchards. The festival attracts traders, horticulturists, businessmen, exporters and buyers seeking business opportunities and provides updates on the latest developments in India. It is usually held in Dilli Haat. Some 1100 varieties of mangoes are displayed for smelling, tasting, and buying. Mango saplings and products can also be purchased here. Other fun elements are thrown in, such as mango-themed folk songs, mango eating competitions, quizzes and magic shows.

India’s Mango festivals also attract foodies and tourists as festival venues have a variety of stalls attended by chefs from five star hotels like Taj Mahal Palace, Maurya Sheraton, Inter-Continental Hotel, and Claridges to name just a few. Chefs offer delicious mango shakes, desserts with innovative fusions. About 40,000 metric tonnes of the fruit are exported to 80 countries and annual revenue earned through exports and mango products is estimated at around $85 million. The festivals’ organizers wish to see those figures rise.

“The Bengal Mango Utsav is one event I try not to miss as I am a lover of this luscious fruit. This is held jointly by the Food processing and Horticulture department. Here in Bengal we have close to 400 varieties of the fruit and 124 varieties alone from Murshidabad district, I believe. As Bengalis we love the fruit and it’s a summer indulgence and finds favour in festivals and parties. The leaves of the mango trees have religious significance for us and have medicinal value for treatment of burns, scalds and diabetes. The raw fruit is a vital ingredient for kasundi, a mustard sauce which is unique to this region and much loved and is an important commercial product. Yes Alphonso is the costliest and possibly the best gift to the world but my personal favourites are Himsagar, Gulab Khas and Langda popular in these parts. These festivals are great promoters of culture, tourism and business and hope they flourish more”, states Kolkata-based mango lover Subhayu Saha.

The fruit has also opened up prospects for Mango tourism. The craze for Alphonso mangoes (locally called hapus) has enticed tourists to places like Ratnagiri and Sindhudurg districts of Maharashtra. Many orchards and farm stays have opened to tourists in places like Dwarka Farm stay, Talawade, Maharashtra; Chiguru farm, near Bangalore, Karnataka; and Kailash farms, Hoshiarpur, Punjab. Usually these orchards are spread over acres of hilly terrain and make for a fetching short weekend getaway where people also get a feel for nature, the mango trees, its production details and the bottled products from its produce.

However, the sudden entrance of Covid last year has brought in its struggles for the Alphonso mango cultivators of Maharashtra owing to lockdowns. The state enjoys the largest exports of Alphonso; however, the arrival of cyclone Nisarga last year also struck a further blow to the Konkan coast, bringing in losses with whichthe farmers are still trying to cope.

In a quote given to The Print, Rajan Seth, an Alphonso farmer based in Mazgaon, Ratnagiri, stated, “With the implementation of the lockdown, the rate of mango started to crash from 20 April, similar to last year, when the lockdown was announced.” He has a 50-acre partly-leased farm containing 3,500 mango trees. “The peak season is usually from 20 April to 20 May, hence the lockdown is causing us maximum damage.”

However the fate of the fruit has been looking up for cultivators in the eastern region with sixteen varieties of mangoes including three GI certified Khirsapati and Laxman Bhog (West Bengal), Zardalu (Bihar), which are being exported to Bahrain. The fruits have been sourced from farmers in Bengal and Bihar by The Agricultural and Processed Food Products Export Development Authority (APEDA) registered exporter, DM enterprises, Kolkata, and imported by Al Jazeera group, Bahrain.

With export promotion programs halted owing to Covid, APEDA took the initiative to organize a virtual meet for exporters and importers of mangoes from India and South Korea. And this season saw India ship 2.5 metric tonnes of shipment of Banganapalli and Suvarnarekha mangoes sourced from farmers in Krishna and Chittoor districts of Andhra Pradesh.

There has been much debate about the Mango’s origins. Some believe that it originated around 4000 years ago in India and gradually spread to other parts of Asia and the world. Since the mango fruit had a large seed, it was possibly humans that carried it and spread its magic. The Mango was taken to China from India during the middle of the 7th century AD when Hwen Tsang, the Chinese traveller, went back to China from India.

The fruit has been eulogized in stories and poetry. Legendary Urdu poet Mirza Ghalib was a connoisseur and consumed it till the very end of his life. The poet Rabindranath Tagore was extremely fond of mangoes. The fruit and its flowers, called manjari, are frequently mentioned in his works. Mango designs and motifs have been extensively explored in textiles, and indigenous arts and crafts. In fact anything mango is often viewed as something quintessentially Indian. This mystical fruit is considered food of gods and stands and is still a symbol of prosperity, love, wealth, fertility and luck.

Indians, whether in India or elsewhere, will continue to seek and engage with the fruit as a heady summer indulgence. The fruit has now become a part of the country’s cultural identity and legacy and certainly upheld the country’s name proudly among the world’s most coveted fruits.