The New Frontline for Museums 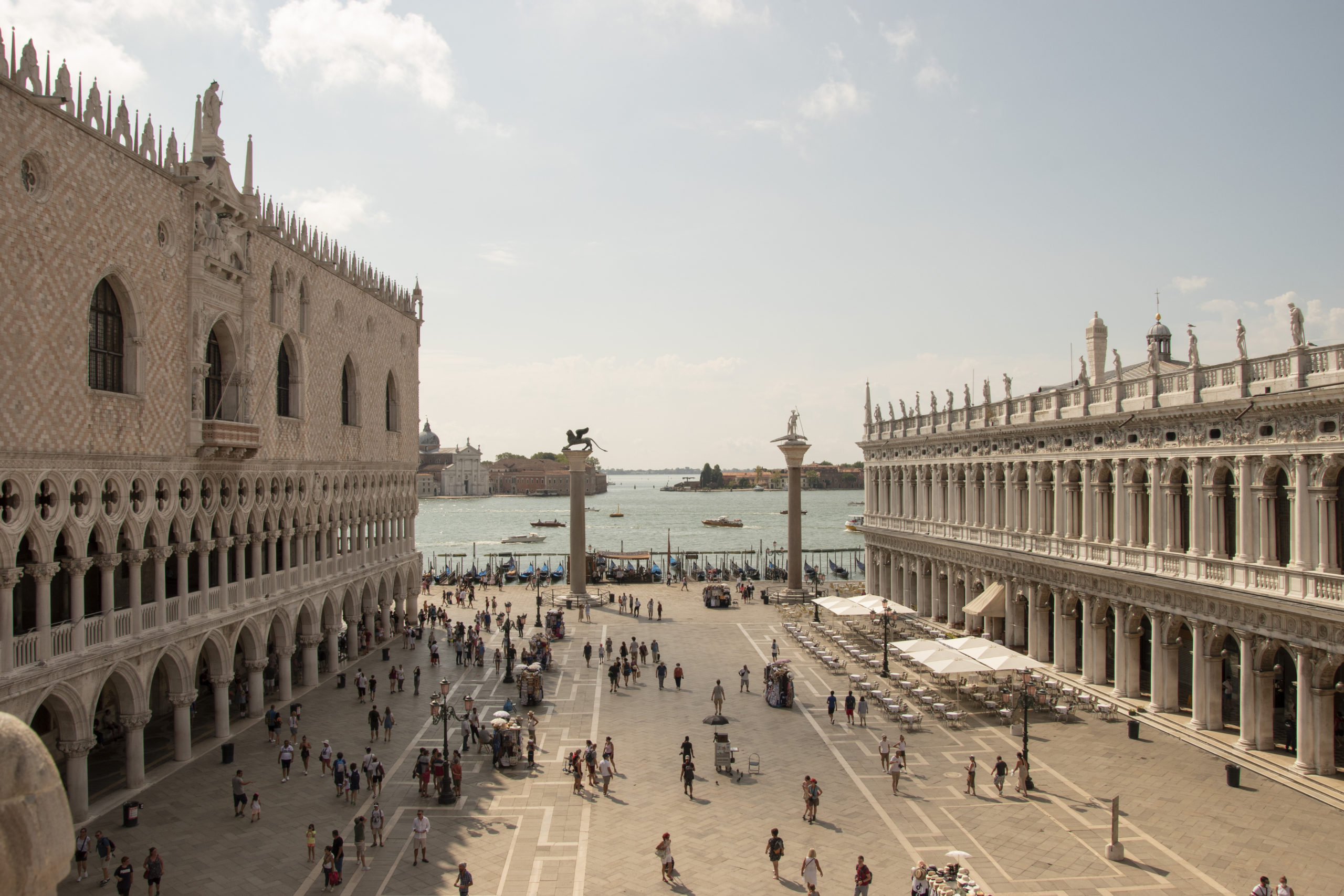 The arrival of Covid brought unprecedented disruptions to the cultural sector and the situation of museums hasn’t been the same since. Museum closures forced authorities to recalibrate their objectives and switch to alternative options in order to stay afloat.

Right as things are beginning to look up, Kolkata, home to one of India’s most popular museums, The Victoria Memorial, was fortunate to host a special event dedicated to conversation about museums by Vinod Daniel.

An internationally acclaimed and recognized museum specialist, Mr. Daniel has over three decades of experience in every aspect of the sector including development, planning, collections, conservation, exhibitions, risk management, education, and repatriation of cultural assets. He is the Chairman of the Board for AusHeritage; a member of the International Council of Museums (ICOM, second term), as well as the CEO and Managing Trustee of India Vision Institute.

Recently, the Paris-based International Council of Museums, ICOM conducted its second survey during October-November 2020, to assess how museums are handling the Covid crisis. ICOM has about 45,000 members from more than 160 countries and the survey analyzed responses from more than 1000 museum-sector professionals.
The membership is more than half European, so 50% of respondents were European and the rest were from other parts of the world including 11% from Asia.

According to this survey, the hardest impact was felt by institutions that don’t receive government funding, as they depended on visitor footfall. For this type of museum, earned revenue loss was about 20% of the budget. Meanwhile, 70% of museums feel that the current situation would affect their programs and exhibitions while one third expect to downsize their staff. One third also believe they will get less government funding and 40% feel that there would be reduction of funding from external sources or corporate sponsors.

The survey also offered a broad range of insight about how museums were coping with these challenges, pointing out that there was a rapid rise in digital activities and social media presence shot up by 40%, live events had increased by 22%, and 20% of collections were put online. The publicly-funded museums were not as adept at this transformation as the private ones.

After talking with people and hosting a number of webinars, Mr. Daniel concludes that getting public funds will be an increasingly tough task.
With government budgets under stress  and museums seen as a low priority sector, they could be a prime target for cuts. In countries like China the impact would be strongly felt as, in the last few years, a spate of museums have opened there at a rate of 200–400 per year. So, seeking new revenue streams and reinventing strategy has become a vital component for survival.

Meanwhile, larger museums – those operating with governmental grants that cover between 30–70% of their yearly budgets, which have independent trust funds and usually source remaining funds from external sources – have also struggled to balance budgets during the crisis as visitors stopped coming. The Metropolitan museum has a budget shortfall of $100mn, almost 25% of their annual budget, resulting in major staff layoffs. All these are strong motivations for museums to rethink and focus on new ways to bring in funds.

It’s imperative for museums and other cultural institutions to seek support from the government. Recently there was encouraging signs with the stimulus provided in the U.S. that put aside $15bn towards the creative and performing arts. Many also believe that getting museums and creative centers into collaborative ventures involving communities is the new strategy to adopt.

While the pandemic drastically reduced physical attendance, digitization opened the doors to the marvels and magic of an unseen world of museums for new audiences. The 15–35 age group, one that typically would not visit museums, is also the most tech-savvy; so, the virtual tours and exhibitions during the pandemic with immersive experiences have piqued their interest, thereby increasing the audience substantially. Australian museums have had a massive increase in online visits – almost 20 million.

Mr. Daniel notes that virtual platforms offer a new mode of creating interest but creativity also has to be dynamic with elements which surprise and intrigue. Much of India’s strength lies in its IT sector and the other sector which India is also known for: cinema. So the future lies in bringing these two together to create beautiful narratives that entertain, educate and enrich the people as well as benefit art, culture, museums and heritage in a way that strengthens community bonds.

Another source of museum revenue has been cafeterias, gift shops and paid interactive zones. Decision makers need to bring in people who can translate these features for an online platform and monetize them. Research has revealed that virtual experiences are like a preview; once people are exposed to something virtually, their thirst for experiencing the real thing intensifies.

In addition, while museums used to organize blockbuster exhibitions focused on global audiences, connecting with the local populace has now become a higher priority. Museums need to bring in the magic of cinema and technology to aid them in telling a story. Also it’s a good time for museums to rethink and reorganize photographs, documents and collections, shifting their focus to creating a higher profile, one that will attract government support and funds. 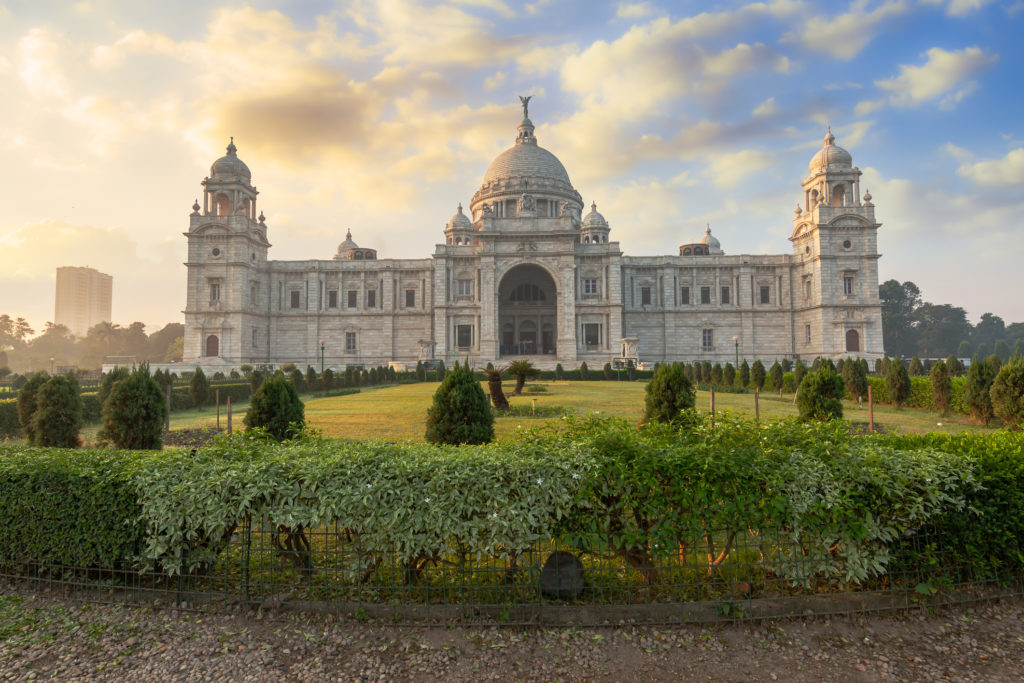 According to Dr. Jayanta Sengupta, Secretary and Curator of Victoria Memorial Hall, in early 2020 the Victoria Memorial was India’s most visited museum with almost 4 million tickets sold and about 1 lakh of free visits by students. He feels that during normal visits many visitors face overcrowding and a lack of time to intimately engage with the museum’s collection. But the lockdown brought in a virtual experience that allowed people to engage leisurely and more intimately with museum objects and public art.

The Victoria Memorial has partnered with institutes like the Delhi Art gallery as well as Jagannath Bhavan Resource Centre and Kala Bhavan, in Santinekatan to do a series of online exhibitions featuring artists from Bengal like Abanindranath Tagore, Gaganendranath Tagore, Chittaprosad Bhattacharya, Nandalal Bose etc. Online activities included dance shows, webinars and FB livestreams. Dr. Sengupta feels that this digital engagement will reap rich dividends in future in terms of renewed museum visits.

Dr. Sengupta also points out another area in need of attention: the shortage of staff. Skills need upgrading and workers need to get more familiar with doing their jobs virtually. The crisis was a boon in disguise due to the realization that much work doesn’t require physical presence. That said, 50% of available posts are empty in the majority of museums.

All across India universities are churning out graduates with degrees in cultural fields; yet, due to a lack of coordination between universities and museums, they fail to meet the requirements institutions demand. Gadgets and virtual bells and whistles alone don’t make museums, but humans do and they need to be there in the right number and with the right expertise.

In summing up the situation, Mr. Daniel outlined the only way forward: working around a good structure and a trust that allows more flexibility and independence with new funding sources. Clearly, leadership plays a big role in establishing the long-term stability and continued development of the museum scene because good leaders, the ones who stay for 8–10 years, can instill confidence in external funding sources.

Of course there is more to the future of museums than just funding, Dr. Sayan Bhattacharya, Education Officer at the Indian Museum, Ministry of Culture, Government of India highlighted the need for storytelling, collaboration, and community engagement when he stated, “We see that the concept of museum is changing. Objects cannot speak, so we need to weave stories to reach one and all. Through exhibitions we need to engage more people, community, and other art forms through joint collaboration. The programs have to be impressive and designed in such a way to attract different age groups who can relate to the event. There has to be storytelling, promoting intangible assets and community engagement. All through the pandemic the Indian museum has been active in this endeavor as we constantly have programs like online programs, academic lectures, cultural participation, virtual tours that give out a positive and vibrant message to society.”

Looking ahead, museums are looking to shift gears, becoming not just symbols of past civilizations and history but an exciting, creative hub for the community that is alive and connected to the new bustling world.