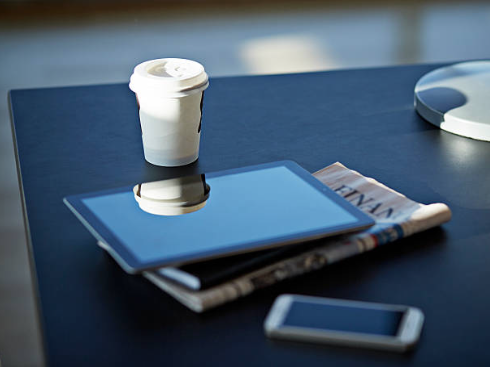 Digitization of newspapers and magazines is the new “normal”, now more than ever

There was a time when mornings were all about family conversations around the breakfast table, with refreshing sips of tea and gentle arguments over who would get the morning paper.
The first Newspapers were the elixir that started off the day with headline news, the sports pages, the feature section, and brain-wracking sudoku or crossword puzzles. Everyone had a favorite page that fulfilled their need for a morning indulgence.

Newspapers were a rich and unavoidable element of life till the world was invaded by the World Wide Web and converted everyone from ordinary citizens to netizens. What was once an early morning, leisurely indulgence completely changed dimension as the world saw the gradual shifting of platforms in terms of how news is produced, provided and consumed.

The millennials, fed on digital technology with instant and constant access to the net, prefer to lap up news from their screens. In a way, this has split up the close bonding across breakfast tables and caused a readership category divide. Content delivery has undergone a lot of change and digital platforms, apart from selling news, have also become market-centric as business and e‑commerce sites use this medium vicariously to reach their target audience.

The online reader’s reading flow is often interrupted by messages, adverts, pop-ups, and interactive links that can affect both focus and attention span.
The digital audience wants to be infused straight away with the news content and spend no more than a few minutes over a particular news story, unlike traditional readers of the print format who seem to have more time.

So, while digital media has caught on very quickly in our daily routine, there seems to be a sort of battle between editors, who want to draw the audience towards the story, and marketers who want that same audience to pay attention to the product they’re highlighting.

Over the years, publishing houses have slowly switched from print versions to online versions which also have brought in new forms of journalism. While the switch over has not been complete or easy, various forces like revenue, market trends, readership preference, and the type of content a particular publishing house or portal is focused on are slowly driving change.

The Covid effect accelerated this slow change to a large extent when the world saw many print editions of numerous publications close down and switch to online editions which also brought job cuts for many. Revenue losses—owing to decreased adverts—also forced many print editions to do away with their feature or weekly or weekend pages, further fueling new formats.

The magazine industry has been going through a hard phase owing to revenue issues, often considered unprofitable by publishers.
Many popular print magazines, before completely transitioning, gently infused their steady readership with online options for their digital versions with subscriptions, one example isVogue magazine.

Many saw the advantages of going digital earlier and started the process since a print magazine involves the cost of print, distribution and final delivery or sale by vendors. Unsold copies incur a loss. Digital methods help publishers avoid this, since distribution is over the web, bypassing suppliers. Digital options involve an initial investment in software and trained staff with updated skill sets.

The greatest power of digital publication is achieving global reach and establishing the company as a good brand from a global perspective. Also, interactive content with the audience makes the publisher aware of customer preferences and also understand readership volume.

Magazines in India are trying to adopt innovative marketing strategies and tie-ins. There is still a niche market for good English-language and high-quality content magazines. Many vernacular magazines however have suffered a blow with complete withdrawal as buyers have dwindled with many switching to the web as a reading platform.
In light of the pandemic, Worldwide Media, India suspended the print edition of its much sought after publications: Filmfare, Grazia India, Femina, Lonely Planet Magazine India, GoodHomes and Hello!

One can read the digital magazine anytime, anywhere. From a green, environmentally-friendly point of view going digital prevents paper waste and allows preservation of forests: digitization is playing a significant role in avoiding unnecessary wastage. Above all, the new normal innovations in business models will ensure long term sustainability and support eco-friendly practices which experts say are ultimately good for humankind.

While there have been expectations of a digital wave completely taking over the print media for a few years now, the latter still manages to have a steady readership owing to certain human aesthetics and age old habits. The joy and sensation of touching paper and glancing across a familiar typeface of a cherished publication are a daily compulsion for many readers who can’t completely reject hard copies just yet. For all the positives or advantages the digital platform provides, like instant news and speed, print newspapers still hold a sizable readership.

So has the COVID effect rung the death knell for print media? Not quite, says a senior journalist from a prestigious Kolkata publication. According to him, “Print media in India should shed all its complacency and pull up its socks to take on the digital media head on. It is not an easy task, but given the huge readership of the print media it is not an impossible target to reach. The first thing we should do is to change the style of presentations. The write ups should be pithy, profound and informative.”

Adding to the sentiment of the gradual conversion of print to digital Roshni Mitra, Mumbai-based media and communications professional, rounds it off eloquently by saying: “Having known the romance of print, it has been a slow and almost reluctant adaptation to the digital world. But adapt yourself until your gradual realization sets in that you cannot function without the digital medium and neither will the world around you.
The perplexing thing about Covid is that the issues that were already hovering around in the background just got fast-tracked further. And humankind, when forced to adapt, tries to reconcile with the change after fishing out its positive aspects. And, the world of digital sure has many. From the fast updates that it imparts, to its democratic nature (it’s a two way communication medium), to the fact that it is eco-friendly, all adds up to it being on the list of spends for media planners whose budgets have, in any case, been slashed.
While in India, there are still takers for the world of traditional media, where you lean back and indulge, reality makes you behave differently. In my opinion, unfortunately, the digital has taken over from print and will continue doing so rapidly. Yet, a part of the traditional mien will still remain, rooting for print, in a token sort of way.”