Italcertifer’s Activities in the Arabian Peninsula 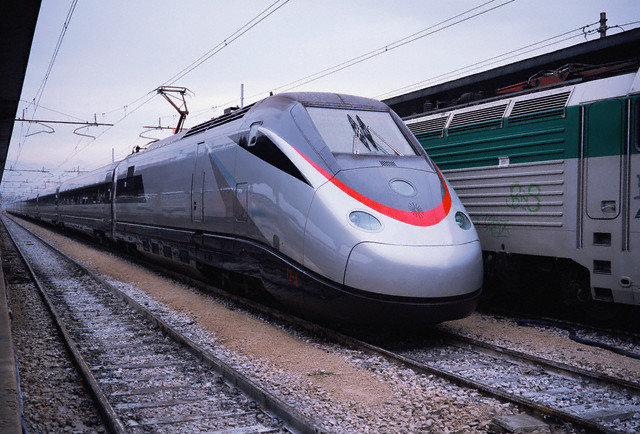 Carlo Carganico is the President and CEO of Italcertifer ScpA, a subsidiary of the Italian State Railways Group.
Italcertifer’s global presence regards various countries. Although it was founded with very different aims and objectives in 2001, since 2007 it has begun to certify all high-speed lines and all new technological systems related to rail transport in Italy. In 2011, it began to export this knowhow, obtaining numerous and significant contracts in various countries such as Turkey, Greece, Sweden, Switzerland, Poland, Australia as well as many others.

What are Italcertifer’s projects in Saudi Arabia?

Italcertifer began doing business in Saudi Arabia about two years ago when the company obtained a very important, large contract for the certification of the high-speed lines (Max. speed 320km/h) that will link the holy cities of Mecca and Medina: the contract was stipulated with the Al-Shoula consortium, which had won the tender for the construction of the line. Our activities are proceeding apace and both sides are satisfied. An extension of the contract is currently being discussed in order to include the trains that will be in circulation.

What other activities are you currently developing?

At the end of 2013, a contract was signed with the ANM consortium, which is headed-up by Salini-Impregilo, to carry out the ICE (Independent Checking Engineer) services which involves checking the design of the Riyadh Metro’s line 3 to confirm compliance with the specification requirements and the applicable regulations. This contract, originally set to terminate in February 2015 and which only covered the planning stage, was subsequently extended to include the construction phase, the new contract will closeout in December of 2018.
For this contract, Italcertifer is functioning as the overall assessor of the entire complex of single specialised testing activities, utilizing both its qualified local team as well as highly-qualified and experienced individual professionals in Italy. In this way the company is exporting its guided transport systems knowhow to the Arab territory in a project governed by various international regulations.

Other than Saudi Arabia, in what other Gulf countries is Italcertifer operating?

In September of 2015, Italcertifer – in collaboration with RINA in order to offer maximum technical capabilities – was awarded a contract to support Oman’s local Ministry of Transport in the establishment of its “National Agency for Railway Safety” to be based on the Italian model (ANSF); in this case, Italcertifer will be working, with its own local resources, as an expert consultant. It’s important to note that Oman’s Transport Ministry is already working to “build” this important institution, “copying” the very processes that in Europe have already been underway for a decade: they are already establishing a National Agency (i.e. of a regulatory entity which issues the necessary permits for lines, trains, plants, etc. to be put into service), even though at this time Oman’s railroad does not yet exist. The Italian experience is a good example of an organisation that ensures safety and, at the same time, one that allows for liberalization and increased competition in the rail transport sector. Also in Oman, therefore, the first of a – hopefully extensive – range of activities has been initiated.

And in the Emirates?

In the UAE, Italcertifer has almost concluded their safety testing activities for the signalling system on the Shah-Ruwais line: the direct customer is Ansaldo STS, which supplied the signalling systems, while the end customer is a consortium led by Saipem. This line, exclusively for freight, links a sulphur mine to the Persian Gulf ports.
Based on these activities – which received a positive assessment from Etihad Rail, the public company that manages the local rail network – we have initiated and consolidated several contacts within this company, which is currently deciding on the allocation of new sections of rail line, which we are expecting to result in additional contracts.